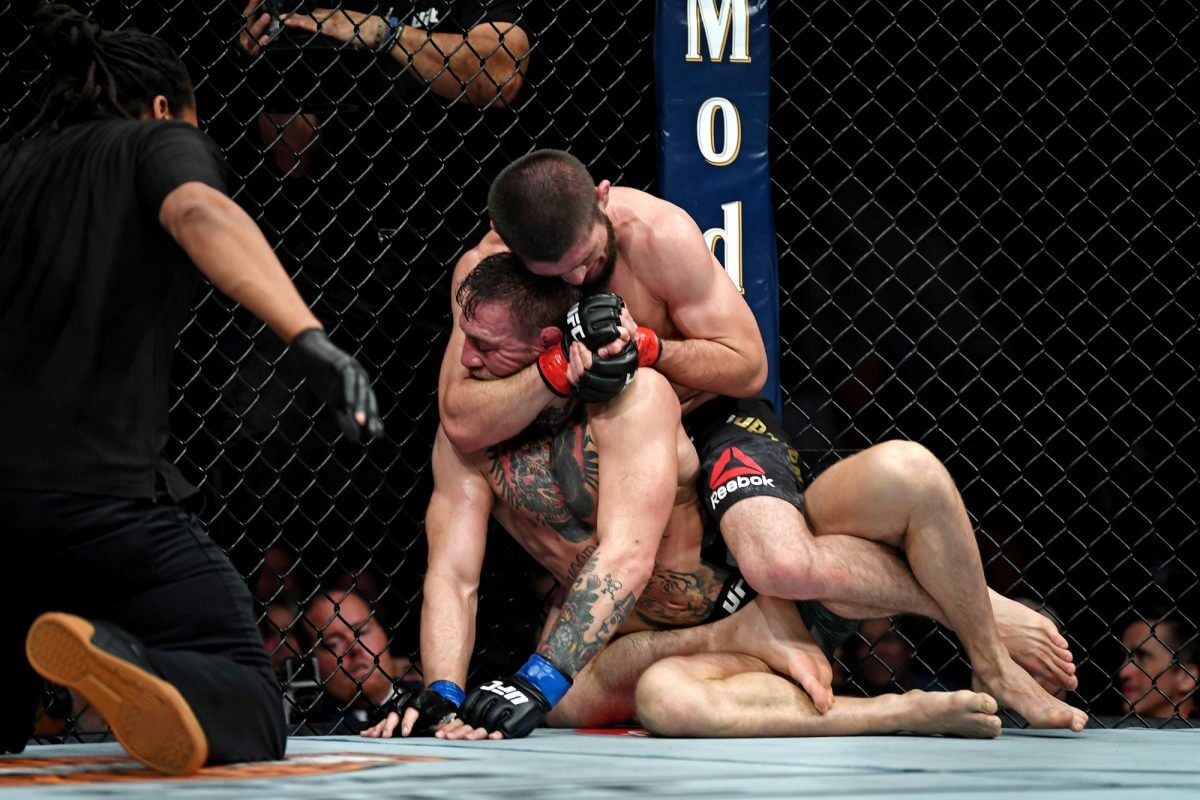 It seems one beating wasn’t quite enough for Conor McGregor. After being choked and forced to tap out in submission in his last bout with Khabib Nurmagomedov he’s wanting a rematch.

Unsurprisingly, UFC President Dana White is all over the idea. And why not? UFC 229 drew 2.4 million buys and a gate of just over $17 million. He’ll be rubbing his hands together in anticipation of another huge payday for his company.

Unlike last time though, it seems the UFC lightweight champion Nurmagomedov is coming to the negotiating table with less anger and more business savvy.

Khabib Nurmagomedov knows his value to any money-spinning rematch

It’s unlikely that he’d be given such an outlandish amount of money. This shows, however, that Khabib is coming into such discussions fully aware of his value to the process.

For many fans, this bout would simply be the next leg of the Conor McGregor show. But without the evil Russian to score revenge over, there is no fight. Nurmagomedov is smart enough to know that. This is the fight McGregor desperately wants, and Khabib is holding all of the cards.

He has the title belt and a win over McGregor.

“We also need revenge against Conor, but give us $100 million,” commented Nurmagomedov Snr. “The day after the fight against Ferguson, give us that amount, and then why not hold a rematch? I don’t know, maybe Dana White wants to arrange it (for that amount). He needs that fight.”

He needs that fight.

Maybe “need” is a strong word, but it’s close to the truth. After McGregor handled Cowboy Cerrone at the weekend Dana couldn’t stop talking about Khabib. You could be forgiven for thinking Khabib isn’t facing Tony Ferguson next.

The fact that the first fight between McGregor and Khabib wasn’t all that competitive doesn’t matter. What matters is dollars.

If you cast your mind back, the first fight was built on a truly toxic promotional push.

This media campaign culminated in a pre-fight press conference that saw McGregor at his embarrassing worst. He seemed edgy, agitated and unpredictable.

During the press conference for the event, McGregor offered Khabib a shot of his Proper No. 12 whiskey, to which the champion declined. Nurmagomedov is a devout Muslim, and as such doesn’t drink alcohol.

Following the event, Khabib believed his opponent to be fueled by alcohol and drugs.

At press conference, he look like drunk guy. It’s crazy. How you want to fight when you use lot of drugs and whiskey?

Many Conor McGregor fans believe that a revitalized Conor can beat Khabib. That he wasn’t at his best last time out.

Conor McGregor is great, but he’s not elite

I believe those fans are wrong. Conor McGregor is a great fighter, but he’s not elite. Khabib Nurmagomedov is truly elite.

The question is, would it be worth it? Would it be worth the ugliness? The insults? We’d see accusations and hints at the rumors McGregor is facing rape charges. We’d likely see Islamophobia.

A rematch would see incredibly wealthy people get richer. While the rest of us endure the nasty side of the sport once again.

Disclaimer: The opinions expressed in this article do not necessarily reflect the views of BSJ.com.

Bitcoin trading in a sideways trend