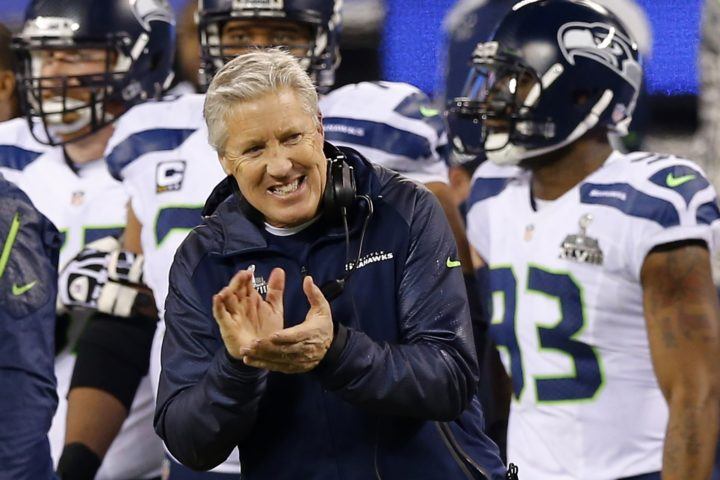 When the news broke that the New England Patriots were letting Josh Gordon go, it was met with a mixture of surprise and excitement. Why would a team so in need of talent at wide receiver release one of the more explosive receivers in the league? It didn’t make sense.

But then, who would be lucky enough to pick him up?

We will likely never know just why the Patriots decided to part ways with Gordon. It is not part of the ‘Patriot Way’ to explain why they do anything that they do. But if you believe what Tom Curran of NBCSportsBoston.com said during an appearance on PFT Live, there were issues with Gordon’s work ethic.

Sound ridiculous? Maybe, but hard work and accountability are a large part of the ‘Patriot Way.’ Their track record over the last two decades is proof that it works. So, if you aren’t following it, then you have to go.

We will likely never know for sure what happened, and we don’t have to speculate on where Gordon might end up – because we already know.

From @NFLTotalAccess: The #Seahawks claimed WR Josh Gordon, a new weapon for Seattle and a fresh chance for Gordon. pic.twitter.com/Ph9U6EHBl2

While he has a lengthy history of substance abuse issues, Gordon was not expected to last long once he hit the waiver wire at 4 p.m. ET – and he didn’t. ESPN’s Josina Anderson tweeted at 4:17 p.m. ET that he had been claimed. The Miami Dolphins had the first shot, but since he might help them win a game, he didn’t fit into their plans.

He does, however, fit into the plans of the Seattle Seahawks.

They currently rank ninth in the NFL in total yards per game with 382.9, 13th in passing yards/game (252.9), and ninth in rushing yards game(130.0). They are fourth in yards per attempt, but they do not have a downfield threat that will make teams nervous. However, with the acquisition of Gordon, they do.

Rookie DK Metcalf and Jaron Brown have been filling that role, but neither has been too reliable. Tyler Lockett has done a good job as the team’s No. 1 receiver, but he is not a proven asset, so defenses are not scared of him.

But Gordon is known for his ability to stretch defenses, which is something the Seahawks could use.

Russell Wilson wasted no time welcoming his newest weapon to the time on Twitter:

Welcome Flash.
Time to put in this [email protected]_GORDONXII

But he wasn’t the only one excited about the news:

So the #Seahawks really about to line these two aliens up outside at receiver…. y’all cornerbacks go ahead, y’all got it! #JoshGordon pic.twitter.com/pvHXFbaxKj

But What Does It Mean?

For now, it doesn’t mean anything. Seattle has a talent for working with guys that have issues like Gordon. So, there is a reason to believe that things could work in Seattle, for him and the Seahawks. If that is indeed the case, then the Seahawks will have a much-needed deep threat that teams will have to respect.

That means the underneath passing lanes are going to be bigger since secondaries will have to account for Gordon. It also means the run lanes are going to be wider since the secondary will not be able to creep up and assist defending Seattle’s run game. Teams may need their linebackers to play a more significant role in pass coverage, which also means good things for the run game.

So – in the end, what does Seattle’s acquisition of Josh Gordon mean?

After the Seahawks, with Gordon, expose the 49ers defense next week, Seattle will become the team to beat in the NFC. He is going to make an excellent team even better – and much, much harder to beat.