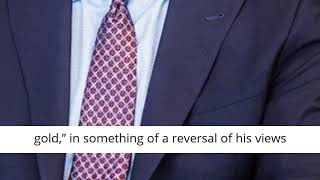 Business intelligence firm MicroStrategy has been on a Bitcoin buying spree in recent months. In the company’s Q3 earnings call, CEO Michael Saylor pointed to the recent adoption of Bitcoin by PayPal and Square as being “legitimizing” for the cryptocurrency.
“The support that’s come from Square to build Bitcoin and to promote—actually to take Bitcoin on the balance sheet was a big deal,” said Saylor in the call, adding that “support in the Square Cash application is a big deal.”

“Now that PayPal has announced that they’re going to do it in the PayPal app, I think that’s legitimizing,” Saylor added. “When PayPal delivers that in Venmo next year, I think that will be a big plus.”
PayPal has recently announced that it will introduce cryptocurrency buying and selling features, and is reportedly planning to purchase crypto firm BitGo, while Square has made a $50 million investment in Bitcoin, a move that Saylor has previously described as “extraordinary.”
Bitcoin as digital gold
Saylor added that he’s described Bitcoin on a number of occasions as “digital gold,” in something of a reversal of his views on the cryptocurrency in 2013—when he said that Bitcoin’s “days are numbered.”
On the call, Saylor expanded on his interpretation of the well-known phrase. “If you virtualize [gold] and you take the mass out of it and then you put it on an open protocol and you make it possible to program it, then the fact it’s programmable gold or a programmable asset means that it is going to be smarter,” Saylor said, adding that “it is going to be faster. It is going to be stronger. It is going to be harder than the physical version of itself.”
Saylor also emphasized the importance of Bitcoin’s fixed supply, and how this, in his view, will propel Bitcoin mass adoption going forward.
“The idea of being able to store monetary energy for long periods of time without having it depleted is the big idea. And as more entities start to understand that idea, which is a pretty compelling one, I think that the adoption of Bitcoin will increase,” Saylor said.
MicroStrategy will continue buying Bitcoin
In the earnings call, MicroStrategy’s President and Chief Financial Officer Phong Le revealed that it had purchased approximately 38,250 BTC during the quarter, for an aggregate price of $425 million. It’s not planning to stop any time soon, either.
“Per our treasury reserve policy, you should expect that we will purchase additional Bitcoins as we generate cash beyond what we need to run the business on a day to day basis or to deploy for other corporate purposes,” said Le.
In addition to the company’s treasury reserve policy, any future Bitcoin investment might be due to increased institutional attention being given to the cryptocurrency.
In concert with the CEO, Le also doubled down on the company’s bullish attitude to Bitcoin.
“We’ve been gratified by the market’s reaction to our nontraditional treasury strategy and believe our Bitcoin holdings can provide our investors with a more stable treasury asset and one that holds a greater return potential than cash,” he said.
The upside of the company’s Bitcoin holdings, coupled with proactive management of the company balance sheet, provides MicroStrategy with “a number of opportunities for us to generate shareholder value going forward,” Le added.
Finally, during the Q&A period of the call, Le was asked if there had been an increase in customer activity since the company purchased Bitcoin.
He responded by saying the company hasn’t seen material revenue as a result of increased customer activity, but there has been more traffic to MicroStrategy’s website. “We’ve seen […] conversations with customers we haven’t had before,” Le added.