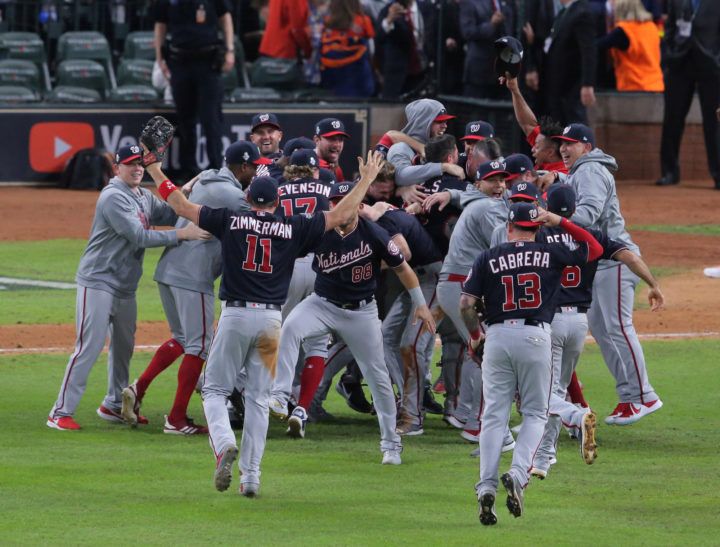 For weeks, baseball fans have been hearing about a furniture salesman in Houston. He goes by ‘Mattress Mack,’ but his given name is Jim McIngvale. Before the postseason began and throughout the playoffs, Mattress Mack went a little crazy, placing bets on his local team, the Houston Astros, to win the World Series.

He initially set out to bet around $10 million but at one point said he had lost track of how much money he had riding on the Series. In the end, he had over $13 million wagered.

So, when Yuli Gurriel put the team ahead with a solo home run in the bottom of the second, he was happy:

But when his team was down four heading into the bottom of the ninth, not so much:

“Mattress Mack” spent a lot of time & money flying around the country gambling to hedge his $20 million in liability from his “Astros win” promo. He wanted to give away the mattresses & furniture. With the Astros down 4 into their final at bats, the realization is setting in. pic.twitter.com/uBxErEbP40

It wasn’t because he was about to lose over $13 million, though. No, he wasn’t worried too much about that. The bets were placed with the hopes they would cover his losses from his furniture promotion. Had the Astros won, he would have been on the hook for $20+ million in refunds.

But he would have won about $25 million from his wagers.

“I wish the Astros had won because all the happy customers would tell their friends for the next 20 years about the mattress they got,” he said, via Texas Sports Nation. “It’s all about the customers.”

But Would Mattress Mack Do It Again?

Since Game Seven, he has talked with several members of the media about how he felt during the game. Everyone wanted to know if he would do it all over again:

According to McIngvale, his wife usually doesn’t get in on the betting fun when he runs these kinds of promotions. But this time she did.  He told a local media outlet that after the Astros lost Game Six, she was not happy and told him:

With the potential the city’s NFL team, the Houston Texans have, or maybe its NBA team, the Rockets, his next promotion might be coming sooner rather than later.