IOTA Network Has Been Hacked and Funds Stolen, AGAIN! | 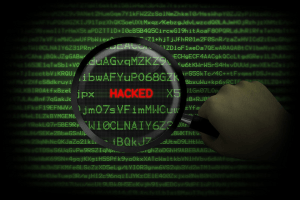 It appears as if IOTA, the blockless network, has been attacked, hacked, and funds stolen if recent reports is anything to go by.

Representatives of the decentralized network are now working closely with law enforcement and cyber-security experts to investigate what they say is a “coordinated attack” that resulted in a loss of funds.

The Coordinator has been paused

The IOTA Foundation has subsequently paused the Coordinator and are urging users not to use their official wallet, Trinity, until further notice.

This means the entire “decentralized network” has been halted, inconveniencing millions of users, as operations is crippled.

“Currently, IOTA is working with law enforcement and cyber security experts to investigate a coordinated attack, resulting in stolen funds. To protect users, we have paused the Coordinator and advice users not to open Trinity until further notice.”

Currently, #IOTA is working with law enforcement and cybersecurity experts to investigate a coordinated attack, resulting in stolen funds. To protect users, we have paused the Coordinator and advise users not to open Trinity until further notice. Updates: https://t.co/ME3Cvki3k9

Coordinator is a Sieve?

The Coordinator is simply a protective mechanism to shield the network against attacks.

Should malicious elements launch an attack that results in their marshaling 34% of the network’s hash rate, IOTA transactions would be compromised  in the feeless network.

The Coordinator is therefore a node purposeful run by the IOTA Foundation to protect the network and indirectly or directly confirm transactions.

By shutting down the coordinator, as above, IOTA can’t function as designed.

Although there are efforts to remove it through Coordicide, critics are not convinced, claiming that the network, though suitable for IoT devices, is susceptible to attacks.

This is why i keep saying that people need to take market cap and hype out of “how far ahead” a project is. It’s meaningless. Until the coordinator is completely gone IOTA is still a big glorified testnet compared to something like @origin_trail‘s ODN. https://t.co/07z0LxmlNU

If there has been a loss of funds, then it won’t be the first time.

In 2018, the network was infiltrated and $11 million worth of coins stolen.

Later Dominik Schiener, the IOTA co-founder, said 99% of all these tokens had been recovered and were being held as evidence. Also, perpetrators had been apprehended.

While the Fed and Donald Trump speak about infinite amount USD, Bitcoin is sticking to its monetary policy

What Will Be the Early Privacy Impact of Secure Multiparty Computation?
BTC bullish in the next few hour time frame!