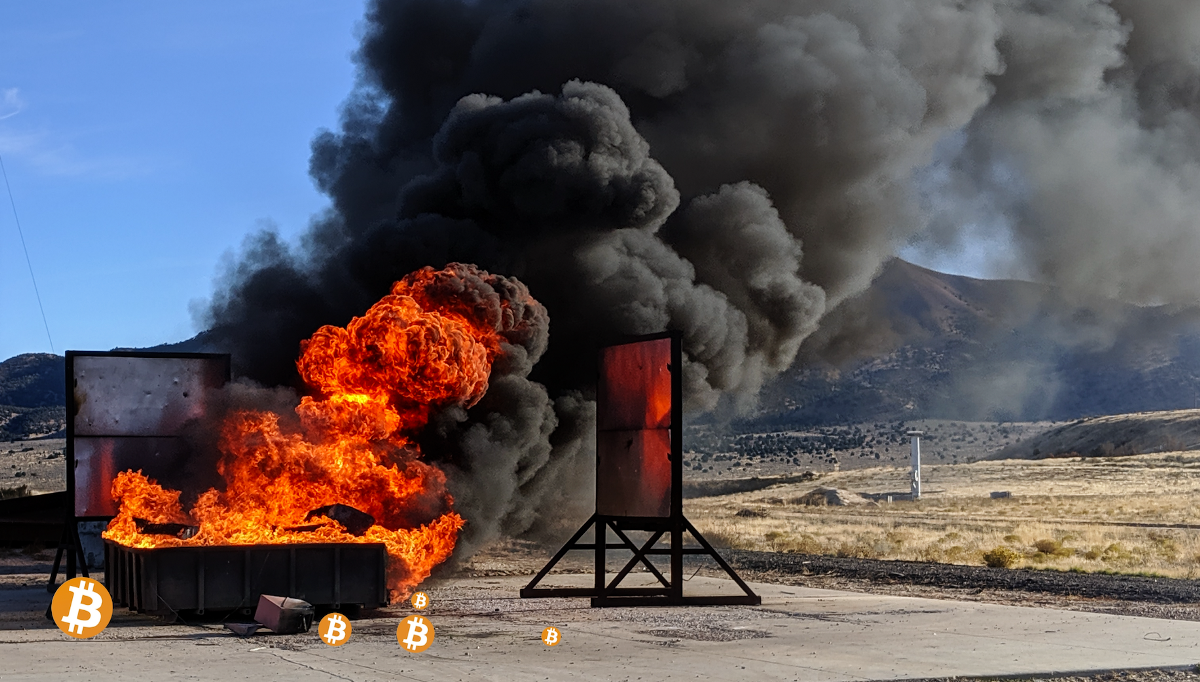 Once it was in the public’s hands, we expected to be put under a pretty intense microscope. Not out of spite or maliciousness but out of genuine curiosity if our claims would hold up. They would be testing not only for themselves but for the community as a whole. The quicker bad actors are taken out of the equation, the better for everybody because a product that doesn’t work properly doesn’t deserve to be on the market.

We have to admit that we’ve had been looking forward to some members of the community doing their own “backyard” stress tests on the Capsule. Things that would really push it to the limit outside of our lab, simply because they were enthusiastic to independently refute or verify our findings.

To our excitement, we received an offer to have the Capsule put to a heat test by putting it in a pool of burning jet fuel. Survivability in case of fire has been on a lot of people’s minds lately and is a common concern of our customers. So, we sent off a Capsule to Utah and eagerly awaited the results.

Just over a week after the launch, charismatic twitter user hidden under the pseudonym “TOXIC Bitcoin Maximalist” picked up the gauntlet and performed the stress test with 550 gallons of burning A-1 jet fuel. And a Cryptosteel Capsule was in the middle of that inferno for over 100 minutes!

Some questions come readily to mind: Would the Capsule survive this fire? If so, could it be opened after? When open, would the tiles be readable? The answers to those questions were uniformly — yes! This was exactly the verification we were hoping for. Independent, outside, unsolicited. The Capsule passed the test and it was proven that we can take a hell of a lot of heat — no need to get out of the kitchen!

All we can say is “WOW! The Capsule was born for this! You Rock!” Well, that and “thank you @JimJones1913!” Some of the highlights of the stress test are below (tweets have been gently edited):