The Citadel: A Manifestation of Bitcoin Utopianism – Dustin D

The Bruderhof communities is another Christian utopian movement of intentional community that started in 1920 and continues to this day. They practice a community of goods, communal ownership, of the goods as described in the first Christian communities in Acts 2 & Acts 4. The group considers themselves distinct in denomination although others have called them Anabaptist which is a faith history that the Amish, Mennonite & Hutterites follow from. The community started in Germany but most left with the rise of the Nazi party for fear of property confiscation and conscription (they were conscientious objectors). From Germany communities were created in England, Paraguay, The United States, and Australia, with all but the communities in England surviving to this day.

The community as already mentioned holds all property and goods produced in common, with all members working inside the community and any monetary benefits used for all. Members dress plainly and like their other anabaptist brethren, eschew most or all technology inside the community seeing anything that may interfere with personal sanctification as to be avoided.

The “Culture” series of books by Ian Banks, a Scottish author, is a utopian post-scarcity space society that consists of humanoids, aliens and advanced AI who live in a libertarian socialist society spread across the galaxy. The Culture is created by humanoids & AI 9000 years prior to the events in the first novel which put it at 7669 B.C. The members of the culture live on spaceships and other non-planetary structures as the founder’s wish to avoid centralized political power structures that continued to occur within planet-based economies. The series focuses on much of the wars and political intrigue that occur between the culture and other advanced societies as well as how to interact with lesser civilizations, but there is a sub-theme of individuals living in a post-scarcity society and how they live where priority is not on acquisition of property as everything is available but how to find meaning without that as a central pursuit.

Correlations with the Citadel meme

Providing a brief background of historical and fictional examples is necessary as it shows these impulses and justifications are deeply rooted in the human experience, especially religious ones. The citadel comes from a distrust of others, digital xenophobia. You cannot trust those who didn’t share Bitcoin‘s spiritual experience early on as they did since those who came later did so when the proof was provided not when faith was required. Those who hold large amounts of bitcoin are also inherently invested in the continuation of what would then be the status quo, by being a Bitcoiner you are incentivized to ensure its survival and thus the survival of every Bitcoiner’s wealth and status in society.

The modern western state also uses these same incentive structures to ensure segments of society have vested interests in the continuation of its survival. Early in American history a system of “internal improvements” was pushed by the Whig party which offered corruption laden schemes paid to wealthy individuals to build roads, bridges, and canals. It was widely known in the party and part of the plan itself for these individuals to overcharge the government as they would then become reliant on government contracts as well as create leverage for blackmailing opportunities based on said corruption. Modern western states use entitlements such as welfare assistance to bind those in poverty with incentives to maintain the status quo of power distribution, as they become just as reliant on the benevolence of the state as the rich were for their survival.

An interesting piece to this is rooted in the block size debate that split the community in the fall of 2017 when Bitcoin Cash was created. If you want a little more history to this, I have conducted interviews explaining the split which you can listen to here (XXXX link) so I won’t go deep into this in this article. In short, those who thought that the tradeoffs for increased block size to facilitate cheap transactions on the main Bitcoin chain went to Bitcoin Cash (BCH) and those who thought the tradeoffs were dangerous and valued on-chain Bitcoin as a Store of Value (i.e. digital gold) remained in Bitcoin (BTC).

Citadel Bitcoiner’s are exclusively in the Bitcoin (BTC) chain and as in the example above see the binding of high net worth and politically connected individuals with increasing wealth via holding Bitcoin are able to protect themselves from rabble-rousing in that camp. I do not, however, see a similar well-articulated plan for those in lower SES (Socio-Economic Status) as the state does through welfare.

Currently, the concept of the second layer (Lightning Network, et al) is their answer to using Bitcoin for daily use, which I agree with, is not assured of success. Even the most zealous defenders of the second layer agree that Lightning has obstacles to overcome and is not as desirable as the Bitcoin network in terms of Security, etc. In a scenario where its success is as hoped Citadel Bitcoiner’s offer no explanation for average people being bound to it as intrinsically as high net worth individuals would be in Bitcoin. Only that they would have the great gift of having their net worth, much smaller mind you, having qualities that fiat systems cannot deliver and in fact leech off of them. I don’t disagree with this statement but I don’t believe they will have any ethical or philosophical buy-in and definitely not to the same degree that we do. If they would be willing to put aside their preference for status quo security and understand the mechanics of Bitcoin and economics better already, we would already live in a world of Bitcoin. The fact that we do not tell me that even in a Bitcoin world they won’t necessarily appreciate or love Bitcoin as we do.

This represents to me an attack vector in Bitcoin and the Citadel meme, one where even high amounts of wealth, security and high walls can’t stop. When the masses are jealous and angry they are ripe for persuasion from those who seek to twist their sense of “right and wrong’ into a concept of “fairness” and that those who have more obviously acquired it by unjust means; this gives the violent taking of said wealth at best “fair” and at worst a moral requirement.

It very well may be that in a Citadel Bitcoiner world the masses are content with sound money and while lustful for the life those with more have (as it always is), I highly doubt that would be the case. In my personal opinion, the Citadel meme is a shit one, one that is rife with elitist overtones and doesn’t play well outside of a small group that feels entitled to reap the benefits, to live a pleasurable life due to either foresight or luck. I agree that they should be able to if this scenario plays out, they took the risks whether financial, reputational or in lifestyle comfort for a period of their life, but this rolls into the concept of what is “fair” in life and while those who create value SHOULD be free to enjoy the wealth it creates, we cannot ignore repercussions in the real world & how people react to them. There is a reason major corporations will donate to both candidates when it is clear ONE or BOTH of them seemingly represent interest and policies directly opposed to their own.

I do not have the answers to how Bitcoiner’s and the Citadel meme can deal with this attack vector, however, if their scenario comes to fruition and a deeply meditative and articulating thought process has not occurred, the existence of not only the citadel but Bitcoin is in jeopardy. For if history is to be any judge, humanity is more than willing to destroy a great good with a justification of eliminating a minor, albeit only perceived, wrong.

One must watch out for these Cryptocurrency Trends in 2020 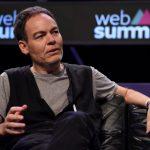 Which Cryptos Should You Have Invested in on NYE For Max Gains?