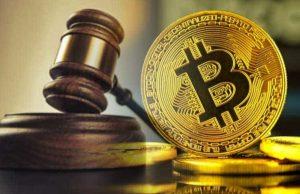 In local reports emerging from the authorities in Cleveland, Ohio, a man was charged with founding a platform that was used to launder over 350,000 Bitcoin (BTC) during its operation.

Larry Dean Harmon faces a lengthy period in jail as the prosecutors claim the defendant founded a Bitcoin “mixing” operation called Helix, which integrated with black marketplace, Alphanet, to allow users to buy and sell illegal items such as guns, drugs and forbidden items.

In early 2017, the Federal authorities shut down the Helix service on reports of money laundering by the platform. According to the authorities, Helix processed at least 354,478 BTC (roughly $310 million at the time of transactions) on the AlphaNet, Agora Market, Nucleus and Dream Market dark marketplaces.

Following an indictment on Harmon in late December 2019, the judges offered a verdict on February 6th, charging the defendant with “conspiracy to launder money instruments, operating an unlicensed money transmitting business and money transmission without a license.”

The verdict further ordered Harmon to relinquish his properties on Yellow Creek Road, as well as additional property in Akron and Aurora, Colorado.

A trace of money laundering

Helix is not the only operation that Cleveland authorities were focusing on, as Harmon was linked to a darknet search engine that worked in tandem with the mixing service, namely Grams. Having started operations in early 2014, Harmon boasted to his users that the payments made to Alphanet cannot be traced.

However, posing as a user on the platform an FBI agent was able to trace the platform to Harmon, leading to his arrest.

The cases of Bitcoin in money laundering have been rampant in the few existing years of the pioneer cryptocurrency. In 2019, the Japanese authorities reported over 6000 cases of money laundering in the country.

Why Buying Bitcoin at This Price Level May Make Sense?