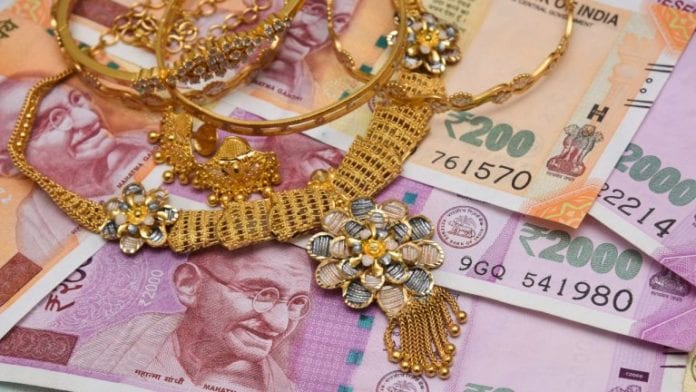 The Indian Ministry of Finance has reportedly proposed an amnesty program for citizens holding unreported gold. The government plans to ask people to declare all their gold stashes to tax authorities and pay levies. The proposition has been made to Prime Minister Narendra Modi.

India’s Ministry of Finance is considering “an amnesty program for residents with illicit stash of gold,” Bloomberg reported Thursday, noting that the proposal is part of “an effort to crack down on tax evasion” and reduce India’s “dependence on imports.” Citing people with knowledge of the matter, the publication detailed:

Under the proposition made to Prime Minister Narendra Modi, the government plans to ask people with unaccounted holdings of the metal to declare it to tax authorities and pay levies.

The proposal is at an early stage and the authorities are currently seeking feedback from concerned officials, the news outlet added.

The Indian government discussed a similar program last year aimed at uncovering lakhs of crores of black money in the form of undeclared gold. However, the tax office denied any plans for amnesty at the time. In addition, the country’s top court has ruled that Indians cannot claim absolute amnesty since such programs could penalize honest taxpayers.

The media reported in October last year that the government was planning to ask people to pay tax on the entire value of gold that had been acquired without a receipt, and the tax rate would be around 30%. “The idea of the scheme is good but its effective implementation is difficult,” an analyst told IANS publication at the time. “It would be hard to push people to declare if they have lost almost a third of the value.” Moreover, many people have accumulated gold over time, including by inheritance without a receipt or purchase record.

Some people also fear that after declaring, tax officials may harass them further. This happened after the last two income declaration schemes (IDS) when hundreds of thousands of SMS messages were sent by tax officials seeking more information, such as income sources, from cash depositors during the time of demonetization.

In addition, Prime Minister Modi unveiled three programs in 2015 in an effort to tap about 25,000 tons of gold held by Indian households and institutions. However, the programs failed to generate interest, Bloomberg conveyed, adding that people did not want to part with their gold and some feared being penalized by tax authorities.

Gold hit record highs last week as investors seek safe-haven assets due to rising concerns of the coronavirus pandemic, the weak U.S. dollar, and low-interest rates. A global “liquidity pump” will further keep the price of gold and bitcoin rising, says billionaire investor Michael Novogratz. Goldman Sachs also warned that the dollar could lose its status as the world’s reserve currency, increasing its 12-month gold forecast to $2,300 an ounce.

Do you think Indians will declare their undocumented gold? Let us know in the comments section below.