After posting about the anniversary of the Bitcoin whitepaper last Thursday, I found myself thinking about how far Bitcoin has come and what will happen during its teenage years. Satoshi created the most secure, incorruptible and hardest money known to man, and then left. When most CEOs or presidents would now be implementing their policies on how to govern their system, we’ve been left to our own devices — which could be great, but it could also be dangerous. The future of bitcoin is widely debated but I’m going to try and get some concrete answers on where we’re going to be when Bitcoin is old enough to drive. (No price predictions!)

One of the main issues with Bitcoin throughout its’ formative years has been its ease of use. This is radically changing thanks to new third-party wallets that make buying, storing and using your crypto super simple, but some would argue these wallets still miss the point of Bitcoin — that being the idea of being your own bank. If you’re still at risk of not being able to access your money for whatever reason, then why bother moving away from banks in the first place? The point is that Bitcoin is supposed to liberate us from corruptible and incapable third parties but if people would rather substitute financial independence and responsibility for convenience, then why bother? If people aren’t aware of the intricacies of Bitcoin, or crypto in general, then wallet providers can potentially exploit their lack of knowledge and pull a fast one — just look at PlusToken.

The key lies in education. France is trailblazing in education of crypto, implementing a crypto module in their high-school curriculum and I’m sure they won’t be the last. Personally, I have faith in the tech savvy generation that has seen the incompetency of the current monetary system, to utilise Bitcoin to its fullest potential and create a future where everyone has access to a global monetary system that doesn’t discriminate and one that works for all. 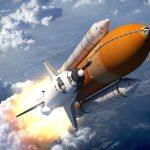 Litecoin Takes 10% Hit After RSI Drops Beneath 50 – Where To Next?