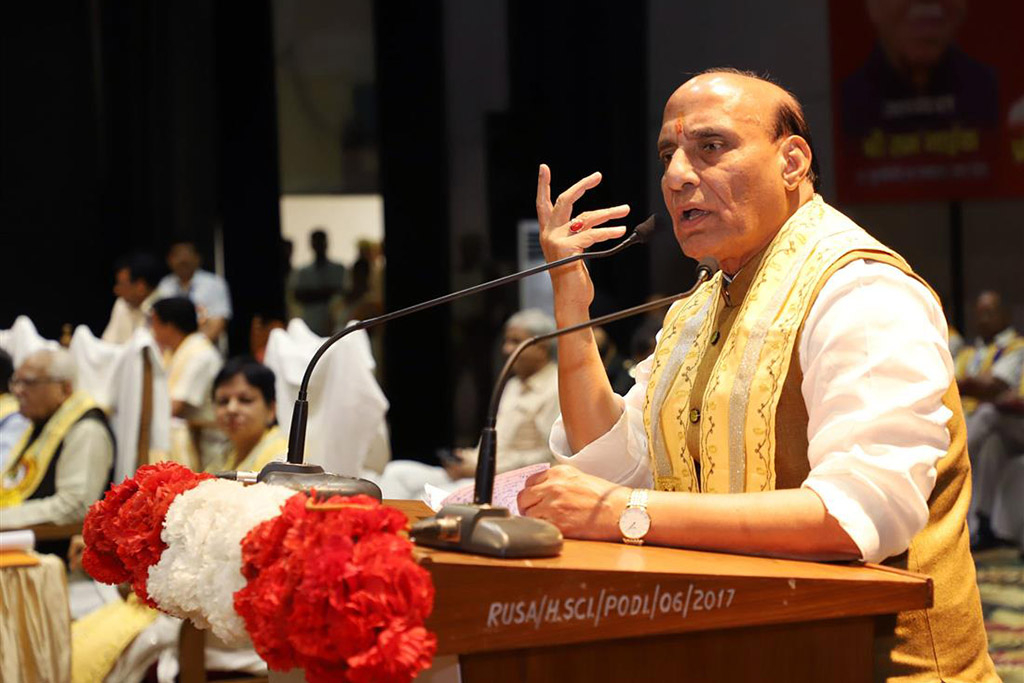 According to Rajnath Singh, Indian defense minister, blockchain, big data and AI have the potential to enhance defense operations.

Today most of the weapons are software-based and intricately networked. As IoT and cloud computing, as well as connectivity, have increased, hard to detect cyber threats have evolved. Cybersecurity is even more critical in military-dedicated networks. The challenge in the information age is to repeal attacks from multiple sources, proactively react and prepare for any contingencies.

Modern warfare will include new technologies like Artificial Intelligence (AI), blockchain and big data as threats emerge from cyberspace. It has been recently said by Indian Defense Minister, Rajnath Singh. These technologies have enough potential to prevent hackers and terrorists from attacking military networks, including aircraft and satellites.

According to KPMG Canada, blockchain can offer useful applications to the defense sector. It can facilitate complex transactions; verify all partners in defense deals to ensure transparency. All weapon parts and materials can be tracked from their source to manufacture, transport and storage. It can also be used to track the maintenance and repairs of critical infrastructure. Blockchain and smart contracts can also help in sharing defense projects with allies, track funds, and share infrastructure.

As CoinSpeaker has already reported India has a very controversial attitude toward cryptocurrencies. However (though it may sound surprising), the country is still considering the blockchain technology in governance. The main explanation for it is that the technology is able to ensure efficiency, transparency, security, and speed. Indian defense manufacturing should employ these new methods and tools to safeguard and protect critical infrastructure.

India is planning to host DefExpo 2020, an annual defense exhibition at Lucknow. The event s to take place next February. More than 100 business events and seminars are being planned and over 1000 exhibitors are expected to participate to showcase defense technologies and products. The event also showcases plans for defense corridors in Uttar Pradesh and Tamil Nadu with committed investments of $1 Bn. By 2025, it is expected to achieve a turnover of $26 Billion in the aerospace industry.

It’s also worth mentioning that India won’t seem to be a pioneer in deploying blockchain in the defense industry. It is already known that the U.S., as well as China and Russia, are all exploring blockchain capabilities in defense to improve communications, control and enhance cybersecurity in modern warfare.