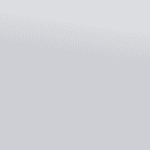 A federal court in Nevada has entered a default judgment against Circle Society and its operator David Gilbert Saffron for running a cryptocurrency fraud and misappropriation scheme.

The case was brought to court by the Commodity Futures Trading Commission (CFTC), and on Thursday, the regulator announced that the Nevada-based corporation and the Australian man residing in the United States have to pay a total of $32 million according to the court’s order.

Circle Society was offering binary options on forex and cryptocurrency pairs, a derivatives investment instrument itself very controversial due to a large number of associated frauds. Saffron and the company persuaded investors to send funds to participate in a commodity pool, with promises of returns as high as 300 percent.

According to the CFTC, the scheme started its operations in 2017 and fraudulently solicited and accepted at least $15.8 million from at least 179 individuals. Instead of using the funds for trading, Saffron diverted the funds to his personal cryptocurrency wallet and also paid out existing participants from new investments, making it a classic Ponzi scheme.

“The majority of participants, however, have been unable to obtain a return of any of their funds despite their repeated demands,” the US regulator stated.

The court has now ordered the company and Saffron to pay restitution of more than $14.8 million to defrauded pool participants and disgorgement of another $15.8 million, along with a civil monetary penalty of over $1.48 million. In addition, the court enjoined the defendants from registering with the CFTC or trading on any other CFTC-regulated entities.

However, the regulator cautioned the victims that there might not be a full recovery of all their losses.

“The CFTC cautions victims that restitution orders may not result in the recovery of any money lost because the wrongdoers may not have sufficient funds or assets,” the announcement added.