UK Regulator Study Shows Up to 2.3M Adults Own Cryptocurrencies

The United Kingdom Financial Conduct Authority (FCA) has released the latest report about cryptocurrency awareness among UK adults. Study shows that up to 2.3 million UK adults own cryptocurrencies. 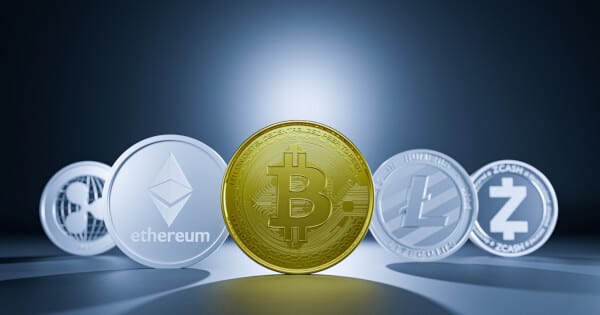 The research has done based on “heightened public interest and media coverage, alongside the continued growth of the cryptocurrency market, including high cryptocurrency prices.”

The study finds out that the level of awareness has increased in general. Up to 78% of UK adults heard of cryptocurrencies compared to 73% awareness last year. Per the FCA report regarding this year’s study. Also, more UK adults own cryptocurrencies. There are up to around 2.3 million, whereas there were about 1.9 million in 2020.

Besides, the average holdings in monetary figures rise from £260 to £300. Cryptocurrency exchanges are being ranked as the most prominent place to acquire cryptocurrencies. The report also highlights that respondents change their minds, and lesser people consider cryptocurrencies as a gamble. 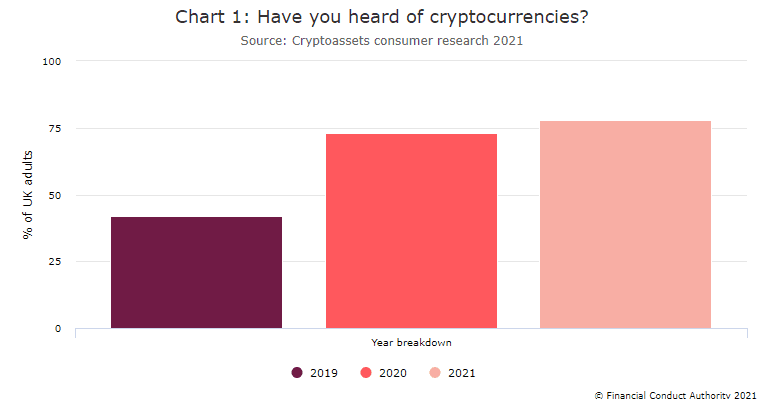 In the order of embrace, Bitcoin is the digital coin that is most invested in, followed by the embattled XRP, and Ethereum takes third place. Yet, despite the bullish findings, the FCA discovered that the level of knowledge is declining, a scenario that suggests many investors do not understand what they are getting involved with.

However, the number of UK crypto investors continue to invest in digital assets, despite the ongoing fears of a regulatory clampdown from the country’s watchdog.

Cryptocurrencies draw attention from the international community, with Bitcoin (BTC) championing growth at the behest of the digital asset’s heightened institutional and retail buyup. The momentum impacts most altcoins, which along with Bitcoin, surged to their new all-time highs recently.