Jack did some interesting research looking at how $100 invested at the beginning of the year in an equal-weighted basket across the four major DeFi sectors (exchanges, lending, prediction markets/oracles, and asset management) performed. Asset management crushed it driven by Synthetix 3,000% annual return. The second-largest returns were in the prediction/oracle segement driven by Chainlink

This report by Decentralised.co is chock full of super interesting Bitcoin stats. The chart above looks at annual miner rewards by year in USD (top chart) and BTC (bottom chart). In total, at year end 2019, there’d been $16 billion paid to miners.

With over $2.7 trillion in Assets under management, Fidelity is the 5th largest asset manager. So when Fidelity writes a research report on Bitcoin, everyone should read it. At 22 minutes, it’s a long read, but well worth it.

The report focused on infrastructure developments, including all the emerging ways to invest in Bitcoin. Like me, Fidelity keeps an eye on the flows in to the Grayscale Bitcoin Trust (“GBTC”) as a leading indicator of investor interest in Bitcoin. Driven in part by Grayscale’s recent “Drop Gold” ad campaign, total inflows into GBTC rose to $171 million in Q3, up 167% versus the prior quarter and 189% versus the same period in 2018. The report also notes that the majority of investors in the Q3 bought shares using crypto rather cash Grayscale expects to make a new advertising push in coming months following the success of the “Drop Gold” campaign. 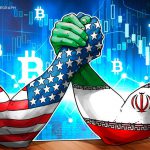