TERA achieves one block per second, high tps, but at the same time this high speed may come at the expense of security, so far people have not seen Tera demonstrate its security, can TERA resist hacker attack?

To protect the network, each node is verified with each other, the reputation mechanism is used — accounting for the reputation points of the node, which are added when the exchange is successful, and we use the Protocol of limited messages.

– Verification of the node is carried out by the algorithm of electronic signature, the node address is used as a public key. The node address is a 32-byte number generated from the private key of the node, which in turn is randomly generated once when the node is created. When the node list is distributed over the network, the 32-byte node address, ip, and port are transmitted. — Reputation points are needed to prioritize the choice of nodes in the exchange with each other, it is necessary for the stability of the created links between nodes. As is known from WP, the network forms a special regular multidimensional topological lattice with reserves of connections. The links themselves are initially formed randomly-at the beginning of the node network, and in the future dynamically maintained regularity of the grid links.
– The limited message Protocol is used to limit the number of messages between nodes, in order to avoid DDOS attacks against each other (including due to failure). If the number of messages exceeds the specified limit per second, the reputation points are reduced, and then the node gets into the ban list.

But we will constantly audit the code and come up with new protections in case of threats. In addition, we plan to hold competitions and cooperation with white hackers on bounty programs. 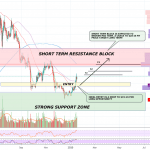 I Tried INVESTING in Bitcoin for a YEAR – Beginner Crypto