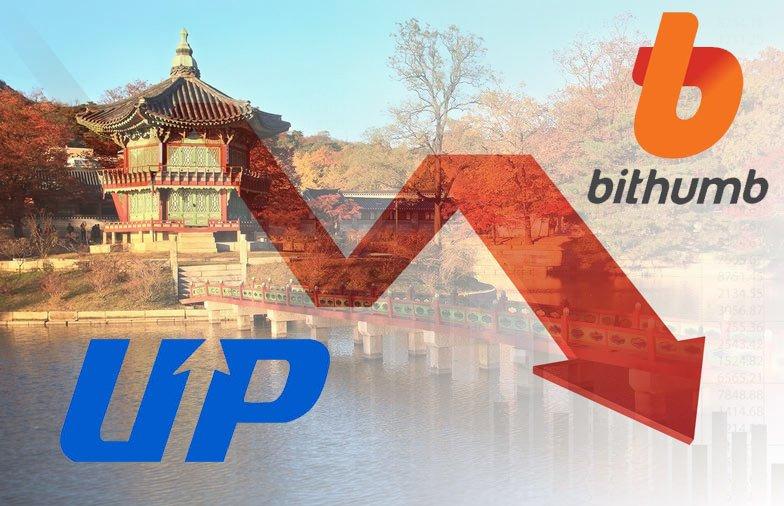 Top South Korean crypto exchange platforms, Upbit and Bithumb, have witnessed a massive decrease in their trading volumes of 70% and 63% respectively compared to their 2018 results, Decrypt reports.

According to Financial Supervisory Services (FSS), Dunamu, which is Upbit’s parent company, saw its annual profits decrease by 93% to approximately $7.4 million.

The nosedive in volumes and profits by the two giant exchanges is attributed to a decrease in the total demand for cryptos within the local market in the last 24 months. The revelations in a decrease in the profits and trading volumes became public following regulatory filings by the parent companies.

However, following increased regulations resulting in low demand for Bitcoin, in the 2019 and 2020 peak months, Bithumb handled about 300,000 Bitcoins. This is a decrease of 75% in monthly Bitcoin trading volumes.

On the other hand, Upbit also witnessed a massive drop in its monthly Bitcoin volumes from its 2017’s 1.35 million Bitcoin to about 250,000 Bitcoins in 2020 peak months. In the last two years, Upbit saw its monthly volume stand at 200,000 Bitcoins on average.

The two are not the only exchanges which saw their trading volumes drop significantly in the country. Other crypto exchanges in Korea like Gopax, Korbit and Coinone saw their monthly average volumes decrease by about 60-80%.

The massive drop in revenues and trading volumes among the renowned South Korean crypto exchanges comes amid two years of stagnance in the market growth. Upbit and Bitbumb have also been involved in various legal cases for different reasons.

In December last year, the National Tax Services demanded $67 million as tax from Bithumb while Upbit was accused of fake trade volumes. The two platforms have also been hacked in the recent past and four months ago Upbit experienced a $50 million heist.