Two fanatic cultures — crypto and sneakers — eloped in the dawn of 2020. Time will tell if the lucrative art of collectible footwear and burgeoning egalitarian network of blockchain will launch new ways for both communities to grow and collaborate.

One San Francisco startup is hedging bets it will.

SneakrCred sets 23 sneaker design tokens in auction January 20th to officially launch blockchain’s first global sneaker design creation and exchange portal with plans to link a SneakerDAO, a governance platform by and for the sneaker community, to follow. The SneakrCred auction gives designers rights to blank sneaker templates to create new sneakers or sell/auction their designs online via their blockchain platform. Early testnet designers have designed their own version of Nike Air Force One to hip hop themed kicks such as a Wu-Tang Clan “Shaolin 001 High Boot.” Neither are official Nike or Wu-Tang Wear, but the platform lets designers create what they wish existed.

In December 2019, Nike received a US Patent on a blockchain system to tokenize their shoes on Ethereum. It will allow sneaker buyers to verify their ownership on the blockchain, and transfer ownership if the shoes are sold. SneakrCred has launched a testnet for sneaker designing and exchanging on Ethereum with patents pending. Nike’s patent also talks of bringing the sneaker design into gaming environments which are also part of SneakrCred’s original plan.

Casmir Patterson, founder of SneakrCred with a computer science degree from DePaul University and an MBA from Full Sail University, and her team won honors in October 2019’s Game Oasis Hackathon in San Francisco. Substantiating her expertise in blockchain, Patterson also is a Binance X developer and an Ethereum blockchain developer from Consensys Labs programming. SneakrCred has been seeking funding and sending its demo around for a while and fortunately netted the recent hackathon win, an intellectual property attorney, and about $35k in investments. Still, she doesn’t see the Nike entry into the space as a competition but rather an opportunity.

“We have tokenized an Air Jordan One sneaker already as our demo for SneakrCred,” Casmir Patterson, SneakrCred co-founder said. Not unusual given that sites such as 55.com tokenized existing branded sneakers. The one difference is SneakrCred allows creatives to design shoes that do not exist. “My team and I are open to talks about Nike either acquiring our minted Air Jordan Ones and putting something together since we have already built the tech and it’s clearly a product-market fit. … [P]eople are currently buying and auctioning them on the testnet. We are also interested in partnerships with other brands such as Adidas, Yeezy Brand, Vans Classic, Chuck Taylor All Stars, and many more are welcome to partner with us at SneakrCred Inc. We also hold several patents pending on our Complementary Color matching system for creating digital Sneakers. We are not competing with anyone we own our own lane and we want to co-exist and continue to create colorful sneaker remixes with as many brands as possible including luxury brands and boutique sneaker companies too.”

Below are two designs created on SneakrCred’s testnet:

A broader look into the sneaker community reveals why the blockchain gold rush will be the new feature for exchange. Hip hop celebrities like Offset dropping more than $33k to buy the footwear on shows such as Complex’s Joe LaPluma’s Sneaker Shopping, a forthcoming premier Sole to Soul Sneaker Ball to celebrate January 2020 birthday celebrants by New York’s DJ Jon Quick, Vans’ release of Frida Kahlo sneakers, a pair of Nike “Jesus Holy Water” sneakers designed by a Brooklyn firm and selling for $3k within minutes of release, the popularity of Kanye’s Yeezy Adidas collaboration, and the December 2019 Colin Kaepernick sneaker line debut also sold out in North America within minutes of release are all indicators of a contemporary sneaker asset class rarely discussed in the mainstream. Yet, the history of the sportswear’s transition to street fashionable culture is nearly 50 years old.

NBA player WaltClyde Frasier’s rise as a fashion icon and NBA championed celebrity for the New York Knicks landed the first sneaker deal bridging footwear from athletics to street fashion. Puma approached Frasier in 1973 with the first NBA athlete shoe deal for $5k and free shoes to the NY Knicks NBA Champion. At the time, Frasier was known for his mink coats, custom suits, and Rolls Royce along with his NBA highlights. Under Frasier’s direction, Puma altered its fit to be more athletic and the Puma Clyde was released and sold-out its inventory in the New York Metropolitan market in 1974. In doing so, Puma became the first coveted streetwear sneaker linked to a professional athlete’s paid endorsement.

Undeniably, Puma was an early shoe of hip hop culture with rival Adidas (These brands are rivals given both German brands were founded by brothers who once lead a unified company, Gebrüder Dassler Schuhfabrik, that made athletic shoes for the likes of Jesse Owens before they split with one brother helming Adidas and the other brother helming Puma.) rising from the basketball arena and into street fandom of the American hip hop scene in 1986 thanks to Run DMC’s hit “My Adidas.” Simultaneously, Nike solidified its presence off-court nabbing the Michael Jordan deal for $2.5m and royalties for Air Force One in 1984. Other brands, Converse, Pro-Keds, Fila, and even Reebok, Vans, and Asics have ebb and flow within athletics-only environments to street classics creating an overlapping Venn Diagrams of sneakers coveted based on fit, fashion, sport, celebrity, dance, music, and even political activism.

The Global Appeal of Kicks Has Limits To Equal Access

This criss-cross of cultural influences among the sneaker community is found even at a sneaker conference such as Sole DXB in Dubai where this past December DJ Clark Kent donned a sneaker made from Serta mattress materials in an intentional market outreach to millennials. Kent, long-noted as both a deejay and sneaker designer, has more than 3,500 pairs of sneakers. Serta sought out Kent with the purpose of using his design expertise to convey the mattress brand with sneakers.

South African model Kim Jayde, listed among Forbes Africa 30 Under 30 as well as being included in the Top 100 Most Influential Young Africans in 2019, also attended Sole DXB in 2018 and 2019.

“I am a collector. Currently over 100 pairs of sneakers — yes its a problem,” she surmised jokingly. “This began about 5 years ago when a brand started sending me sneakers on a monthly basis. This sparked my interest in the culture as a whole. Being a TV presenter on MTV Africa & MTV Base, music and sneaker culture go hand in hand. I’m now recognised as the “Sneaker Queen” in South Africa by Cosmo Magazine.”

A Case for Crypto in the Kicks Community

Yet Jayde, also a Zimbabwe native, stressed that it is not always easy to feed her sneaker passion within South Africa.

“Currently there are only two sneaker culture events in the country: Sneaker exchange (which is the original event for the culture), and now Capsule fest (funded by a South African bank). They combine music, fashion, and sneakers in two-day events that include both local and international talent. I had the pleasure of hosting one of the panel discussions that empower the female voices in the space.

“In comparison, for the past two years I have flown to Dubai for their annual Sole DXB — A large, luxe sneaker event with every brand from Nike to Kenzo with activations and international artists flying to Dubai to perform. What makes this event a must on my yearly calendar is the inclusion of LITERAL LEGENDS on the lineup — Nas in 2018, and Wu-Tang Clan in 2019.

It’s an exciting space to be in — surrounded by fashion-forward sneaker lovers!” 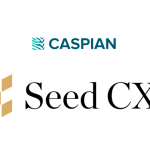