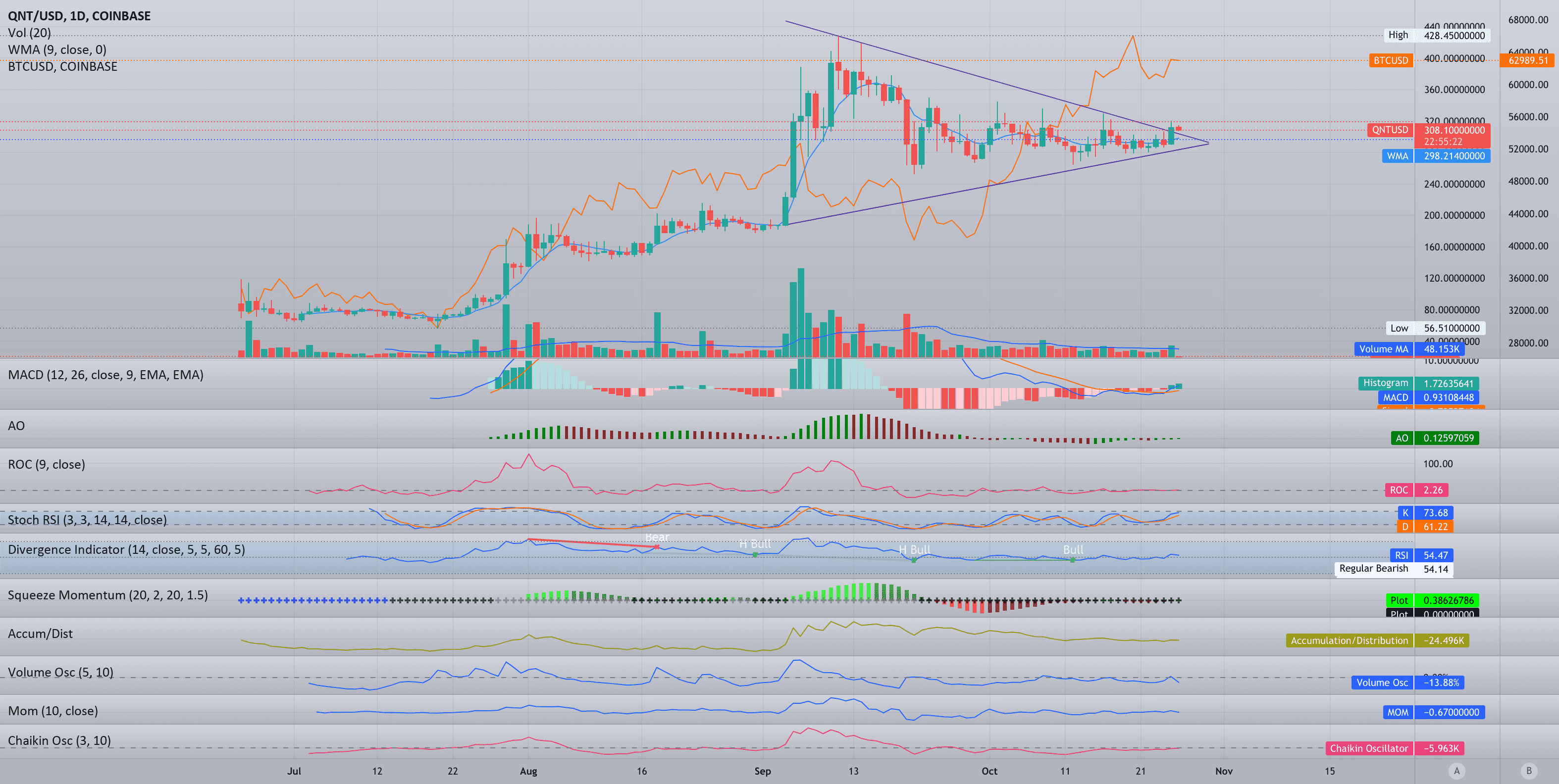 Contracting triangle that’s been simmering for a while now. Saw spurts of positive price action today, followed by long lulls, as if it was presaging joyful tidings, but not before many comedowns.

Several indicators of significance point to explosive price action upwards in the coming day or days.

The upshot? Be patient with this one! If you bought some today, hold it for a couple days at least if you don’t see immediate great dividends. Trade the trend, and believe in them triangles, as I like to say.