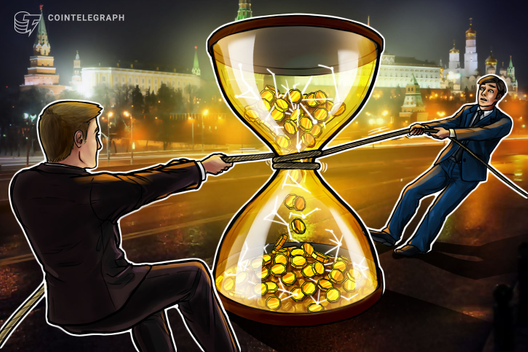 Russia is planning on creating legal statutes allowing the government to achieve the impossible: confiscation of Bitcoin (BTC).

As local financial news outlet RBC reported on Nov. 7 citing sources familiar with the matter, Russia’s interior ministry will work with various state organs to draw up the plans, which could enter into law in 2021.

The push does not single out Bitcoin, but instead refers to “digital assets” as a general phenomenon, chief among which are cryptocurrencies, says RBC.

The publication quoted Nikita Kulikov, head of a dedicated committee at the Russian parliament, as explaining:

“The constant growth trend in crimes using virtual assets, and the lack of consumer protection in the face of this kind of criminal onslaught, naturally dictate the need to develop mechanisms for legal regulation and control of virtual asset exchange.”

Among the options under consideration is the creation of a government cryptocurrency wallet for transferring funds.

Russia has yet to implement its long-awaited package of laws regarding cryptocurrency, which has seen multiple delays.

According to various parties speaking to RBC, crypto would need legal recognition before the government could justify legal grounds to confiscate it as part of judicial proceedings.

As with other countries’ attempts, however, the way authorities would take control of investors’ holdings remains unclear.

In theory, RBC notes, crypto held on exchanges could be accessed if the exchange in question complies. For coins held in wallets to which the investor holds the private keys, the method of acquisition is a mystery.

The plans thus speak to a potential lack of understanding of how decentralized cryptocurrencies such as Bitcoin operate. As Cointelegraph reported, India’s recent recommendation to ban them faces similar difficulties: effectively attempting to control the uncontrollable.

At the same time, Russia appears permissive to other facets of cryptocurrency. One of president Vladimir Putin’s own aides has revealed he wants to control 20% of Bitcoin mining production from a new farm located in the country’s northwest.