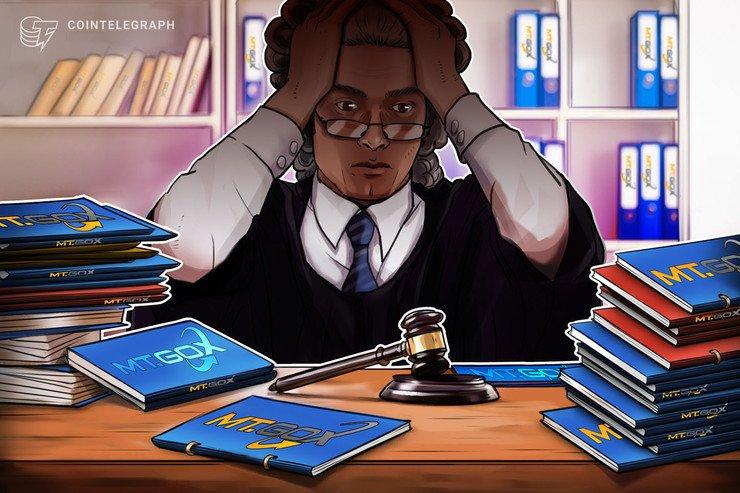 Mt. Gox’s creditors will meet today, March 25, as part of a compensation process that seems to go on and on. This news comes at a unique time: amid a pandemic and with the world on the brink of economic crisis. It calls to mind again the 2014 collapse of Mt. Gox, the Japan-based cryptocurrency exchange that once accounted for 70% of the world’s Bitcoin (BTC) trading, a signal moment in crypto history.

In anxious times like these, people are inevitably asking: Can a failure of this scale happen again? Earlier this week, the crypto hedge fund Adaptive Capital announced that it would cease operations after suffering heavy losses during the March 13 crypto market meltdown. Other disruptions are expected as entire national economies shut down to fight the coronavirus.

Meanwhile, the claims and lawsuits against Mt. Gox continue.

Mark Karpelès, the exchange’s former CEO, remains embroiled in an active lawsuit with investor Gregory Greene, as Cointelegraph reported on March 17. Coinlab, a former business partner, has a $16 billion (1.7 trillion Japanese yen) bankruptcy claim against Mt. Gox, up from the $75 million claim originally filed. The former exchange’s 24,000 creditors, meanwhile, are still waiting for a rehabilitation fund overseen by trustee Nobuaki Kobayashi to be distributed. More might be learned from today’s meeting.

Elsewhere, Fortress Investment Group raised its offer to purchase claims from Mt. Gox creditors. As of February, they are offering $1,300 per Bitcoin lost, up from $755 in December 2019.

It seems like a mess, and it’s easy to forget that Mt. Gox was once the largest cryptocurrency exchange in the world, handling more than 70% of all Bitcoin transactions. When it filed for bankruptcy in February 2014, it announced that 850,000 Bitcoins were missing, presumably stolen. A little over 200,000 Bitcoins were eventually recovered, and that’s basically what the parties are now fighting over.

Is it surprising that lawsuits continue? The amount of Bitcoin stolen was worth around $473 million at the time, but those that were recovered would be worth $1.7 billion today. “I’m not surprised some people are suing,” said Johnny Lee, Grant Thornton LLP’s national practice leader for forensic technology services.

One also sees more tort claims directed at crypto generally, Lee added. “It’s just the beginning of that trend.” Exchanges and other custodians are increasingly going to pay the price for failing to exert sufficient fiduciary duty. Pascal Gauthier, the CEO of Ledger, told Cointelegraph:

“Cryptocurrencies are a complex digital asset, and the sheer loss of that much money is something we’ve never seen before in the industry, so I’m not particularly surprised this case is still being litigated.”

Moreover, the security technology used by Mt. Gox didn’t leave a particularly clear audit trail, which probably drew the legal process out further. When could Mt. Gox’s creditors eventually see some money? It may take a while still. In an interview with Cointelegraph last year, Karpelès outlined his belief that Coinlab is interested in prolonging the case in hopes of reaching a higher settlement.

“It was a pivotal moment in Bitcoin history,” wrote Ian DeMartino in a chapter of The Bitcoin Handbook titled “Mt. Gox: Bitcoin’s Defining Moment?” He continued: “Arguably, it was the most important event so far, negative or positive, for the still-young currency.”

The world now has more than 200 exchanges — not just one — on which to trade Bitcoin and other cryptocurrencies. While that offers some comfort in terms of diversification, a number of these are still offshore enterprises operating without the benefit of regulation or transparency. Kim Nilsson, the chief engineer of WizSec who led an investigation into Mt. Gox’s “missing” Bitcoin, told Cointelegraph:

“Isn’t this the main painful lesson from Mt. Gox — that something that looks like the most authoritative and legitimate business of its kind could be a complete disaster on the inside and you might not have any idea until it was too late?”

Could history repeat itself, then? Markus Veith, a partner in the audit practice at Grant Thornton LLP and the leader of the professional services firm’s digital-assets practice, told Cointelegraph: “Mt. Gox was hacked mostly in hot wallets. Today, 95% of our clients’ Bitcoins are in cold storage.” Some clients have gone so far as to put their private keys on flash drives that are stored in former military bunkers. These stored private keys should, at the very least, be impervious to hackers — i.e., people sitting at computers — and many other malefactors.

The Mt. Gox hacks and the others that followed gave rise to a whole new awareness and new specialties, like crypto custodians — Fidelity Digital Assets, for example — added Veith. Many of today’s crypto exchanges also carry insurance against theft. Nilsson added:

“My gut feeling is that, on average, exchanges are probably more secure today, as some exchanges have taken things like audits and provable holdings to heart and have simply had much more time to build a proper business, but the general quandary of limited insight remains, with most exchanges running fairly opaque operations. A lot of people tend not to worry about the security or reliability of their chosen exchange until it’s too late, the same as before.”

One sometimes forgets that the crypto world has existed for only 12 years. The early exchanges were created and run by programmers and other technical specialists, noted Lee. For instance, Karpelès, who acquired the Mt. Gox Bitcoin-exchange site from programmer Jed McCaleb in 2011, was a PHP developer.

“The later ventures had more traditional financial services leadership and they often pro-actively sought regulation,” Lee told Cointelegraph. Instead of domiciling offshore in an effort to avoid regulation, “they assumed they would eventually be beholden to U.S. securities law and they sought to comply.”

“The first wave of entrepreneurs were evangelists for the technology, but low on quality,” Nick Shalek, a general partner at Ribbit Capital, told Reuters at the time of the Mt. Gox bankruptcy filing. With time, a more financially focused group of entrepreneurs emerged, intent on building more serious infrastructure around Bitcoin.

That doesn’t mean today’s exchanges are model enterprises. “We’re still seeing news of exchanges or other businesses folding under pretty eye-catching circumstances — QuadrigaCX springs to mind,” said Nilsson, referring to the Canadian crypto exchange, whose founder reportedly died in late 2018 and which still owes around $145 million to its 115,000 creditors.

In a May 2019 report, Bitwise Asset Management noted that Bitcoin trading volume adds to roughly $6 billion per day, “but under the hood the exchanges that report the highest volumes are unrecognizable. The vast majority [95%] of this reported volume is fake and/or non-economic wash trading.” Still, that same Bitwise research suggested that the Bitcoin market has significantly matured in recent years. Nilsson commented on the matter:

“These days there obviously exists a much larger number of crypto exchanges than back in the age of Mt. Gox, so there’s probably a wide spectrum with many superior businesses but probably also many worse than Mt. Gox, where the saving grace is just that all the eggs are no longer in one basket, so to speak.”

Others note that while blockchain platforms like Bitcoin and Ethereum are decentralized, the crypto exchanges upon which they trade remain largely centralized with private owners. “To fix this, decentralized exchanges have been built,” wrote DeMartino. “They aren’t popular at this time because they tend to be slow, but they do work.”

“Most cryptocurrency owners today do not truly own cryptocurrencies,” observed Quinn DuPont in his book Cryptocurrencies and Blockchains. They instead trade them on privately owned exchanges. The wealth that has been stored on these “centralized services” presents a systemic market risk, he argues, “not unlike the ‘too big to fail’ banks of the 2008 global economic crisis.” It’s not as bad as when Mt. Gox was so dominant, but the risk remains.

Could something as spectacular as the Mt. Gox collapse take place again? “On the technical front, absolutely,” answered Nilsson. “But there’s no longer one dominant exchange handling the bulk of all trading, so we’ll hopefully never see something with as large a potential impact as Mt. Gox did.”

“Good governance, a clear audit trail, and account segregation — these are the essentials to avoid a Mt. Gox 2 scenario,” said Gauthier. DeMartino wrote on the matter, “The most positive thing that can be said about the Mt. Gox fiasco […] is that it did not kill Bitcoin.” Thus, people continued to invest their money in Bitcoin and other cryptocurrencies in ever larger amounts.

Still, that was then, and this is now. Surviving a single bankruptcy in a period of economic expansion — even a loss as critical as the Mt. Gox exchange in 2014 — is a different sort of industry challenge than outlasting a Great Depression.

The good news is that with more than 200 exchanges spread around the world — many of them covered by insurance and many professionally managed — the risk of a total crypto calamity is significantly diminished when compared to six years ago.