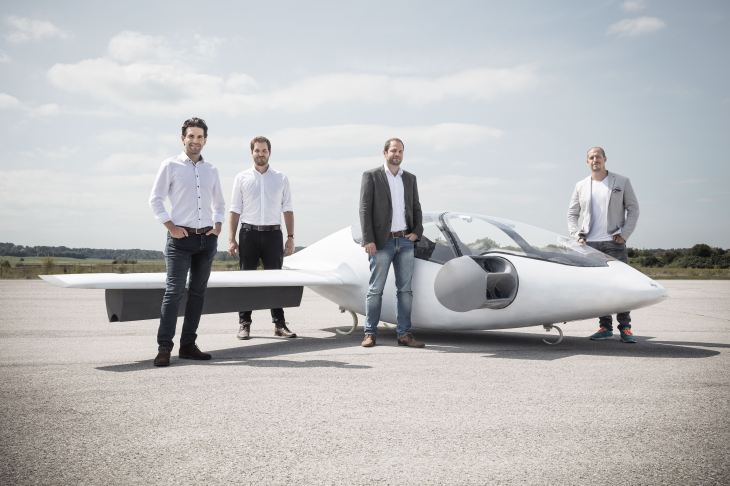 The Munich-based startup, Lilium has announced the completion of its $240 million funding round. The startup interested in creating flying taxis has announced that the fund will help in the continued development of its product. Though for now, due to the current Covid-19 epidemic, air traveling is almost at a standstill. However, the startup product will prove beneficial when the virus is finally put in check.

With this in mind, the “air taxi” firm has been able to raise a whopping $240 million. The startup, prior to this time, built vertical take-off and landing (VTOL) aircraft. Most of which could travel up to 100 km/h. Hence, the reason for its plan to build and manage its own fleet. With the funds, the startup will keep developing its aircraft and has plans to also build manufacturing facilities prior to its proposed launch date in 2025.

A spokesperson for Lilium, said, “We’re working to deliver a brand new form of emissions-free transport”. Also adding that, creating something as disruptive as flying taxis requires a substantial amount of time and investment. However, in the long run, it is sure to become a successful business. While also radically changing the way we travel.

The internal funding round for Lilium

Lilium’s funding this time around was internal. That is, only existing investors took part in the funding. Tencent led the funding alongside previous investors like Atomico, Freigeist, and LGT. Though the valuation was not specified, Lilium, however, disclosed that it was quite larger than its Series B funding round.

Last October, Lilium allegedly planned to raise between $400 and $500, an amount about $160 million higher than what it raised. It is however still one of the largest funds raised for a flying taxi startup. Volocopter, also a flying taxi startup, completed a $94 million funding round in February. Lilium in total has raised over  $340 million to date.

Speaking on the funding round, CFO of Lilium, Christopher Delbrück said, “This additional funding underscores the deep confidence our investors have in both our physical product and our business case”.

Adding that as a firm, the entire Lilium team are elated at the result of the internal funding round. Thanking them for their support and advice over the years.

Further adding that “The new funds will enable us to take big strides towards our shared goal of delivering regional air mobility as early as 2025.”

Due to unforeseen setbacks, like one of its two prototypes bursting into flames, Lilium has revealed plans to begin testing as soon as possible.  A spokesperson revealed that though the second administrator was damaged in the fire, testing is scheduled to be on hold pending the time the cause of the fire is determined.

The air taxi space is still in its infancy. None of the aircraft has been approved and there are currently no functioning regulations for space yet. But the idea of building fast means of transportation with much-reduced carbon emission is quite impressive. Hence the high influx of interested investors.

Tencent, in a statement, disclosed that “Over the last few years we’ve had the opportunity to see the professionalism and dynamism with which Lilium are approaching their mission and we’re honoured to be supporting them as they take the next steps on their journey.”

The Munich-based startup, Lilium has announced the completion of its $240 million funding round. The startup interested in creating flying taxis has…