JP Morgan COO Daniel Pinto during a recent interview with CNBC said that they are open to offering bitcoin trading via their platform once the client demand soars. Pinto’s comments came in the wake of BNY Mellon, America’s oldest bank announcing the start of bitcoin service citing growing clients demand.

“If over time an asset class develops that is going to be used by different asset managers and investors, we will have to be involved. The demand isn’t there yet, but I’m sure it will be at some point.”

“There was a semi-annual town hall meeting last month where $JPM had to grapple with demand coming within from their own traders people who are actually looking at charts of #btc truly salivating at the volatility and the surge of this,” says @Hugh_Son. pic.twitter.com/TE3CwTBhVl

JP Morgan is one of the leading banking giants in the US who reportedly held a town hall meeting with thousands of traders and merchants where the firm’s client asked the banking giant about introducing bitcoin. Pinto explained,

“There was a semi-annual town hall meeting last month where $JPM had to grapple with demand coming within from their own trader’s people who are looking at charts of #btc truly salivating at the volatility and the surge of this.”

The growing demand for bitcoin has forced many commercial banks and financial institutions to consider becoming a direct point of sale for the top cryptocurrency. Also, JP Morgan’s revelation about growing clients’ demands during a meeting comes only weeks after the banking giant has predicted that Bitcoin price may never top $40,000 again as the demand has dried up.

When Bitcoin was stuck under $35k for the most part for January, most of the financial giants were quick to dismiss Bitcoin again, suggesting the retail and institutional demand has dried up. However, the Tesla Bitcoin purchase proved them wrong again as soon many financial institutions and payment processing giants such as Mastercard announced direct bitcoin and crypto offerings.

As per reports, Goldman Sachs recently held a private forum with Galaxy Digital, a digital asset management company. Rumors suggest that Goldman Sachs could be the next banking giant to integrate bitcoin services. 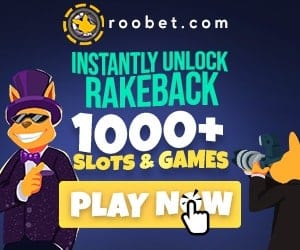 Damien Vanderwilt, co-president of Galaxy and head of its global markets division hinted the same and said,

“it’s possible Galaxy could help Goldman and other banks facing the same challenges; we’re uniquely positioned to do that, as the nexus for financial services in the digital asset sector.”

To keep track of DeFi updates in real time, check out our DeFi news feed Here.