In Case of a Second Economic Crisis, Bitcoin Probably Won’t Save You

In Case of a Second Economic Crisis, Bitcoin Probably Won’t Save You | Crypto Briefing

An economic downturn and unprecedented quantitative easing should have been the perfect conditions for Bitcoin to thrive. Unfortunately, BTC failed to fulfill its core hedging promise. Can a combination of stablecoins and DeFi do a better job?

The blockchain space originated amid the 2007-2008 financial crisis. The genesis block of the world’s first cryptocurrency, Bitcoin, contained the message: “Chancellor on the Brink of the Second Bailout for Banks,” highlighting the broken state of the global financial system.

Bitcoin’s promise has been to provide a decentralized means for storing and transferring value with predictable issuance rules. On paper, it looked like a perfect hedge for the next recession and hyperinflation, a new “digital gold.”

However, this value proposition didn’t hold up well in practice.

Bitcoin is slow and expensive. It’s quasi-decentralized, given that just a handful of mining pools control hashrates. It doesn’t offer smart contracts. The project’s proponents often cite the stock-to-flow (S2F) model and the halving events in attempts to justify BTC’s upside potential. Still, a limited supply is only one half of price growth. The other half is sustained demand.

With Bitcoin losing its ground as a macroeconomic hedge, it may struggle to generate organic demand down the road. Meanwhile, the blockchain space evolves, and other narratives may overshadow its place as “digital gold.”

The global risk-off environment led to countries rushing to reserve currencies. Outside of governments, people are hoarding cash⁠—even as the money printers continue to go “brrrr” in both the traditional and cryptocurrency sectors.

Stablecoins had a jump in issuance, from an aggregate market cap from around $5 billion to over $12 billion in just a few months. A surge in stablecoins suggests that people find them a better “safe haven” than Bitcoin.

Meanwhile, decentralized finance (DeFi) has been on the rise. DeFi platforms provide more attractive yields than their traditional counterparts, which are bound by near-zero interest rates.

The combination of stablecoins and DeFi instruments doesn’t leave many use cases for Bitcoin amid the global recession, especially given the scale of their recent expansion. However, data suggests that the increase in external demand didn’t trigger this expansion.

Bitcoin’s ability to act as a macroeconomic hedge has been evaluated using various approaches throughout its lifetime. The major shortcoming of these thought experiments is that there was no global recession since Bitcoin’s inception. Until now.

Klaus Grobys conducted one of the most recent studies of Bitcoin’s ability to act as gold. It uses a statistical technique called difference in differences. In its classic form, the method determines whether a drug works by observing two groups of people: those who took the drug and those who didn’t.

The observations were divided by two timeframes: before the first patient announcement and after the global emergency announcement. In other words, Grobys wanted to see whether the recession “pill” affected Bitcoin’s performance.

To put it simply, when stocks went south, gold’s correlation to them didn’t change much. Meanwhile, Bitcoin wasn’t performing well as a hedge in the first place and became more connected to equities as the downturn kicked in.

Bitcoin’s poor hedging performance carries implications for its core investment thesis. If it tanks during the global market’s decline, is it a good store of value? If not, BTC is worth little because its marginal utility is questionable.

Where Does Money Run When Things Go South?

The United States Dollar (USD) is a primary global reserve currency. It’s an essential link between all of the world’s economies, which is why banks outside of the U.S. have to hold a substantial amount of USD-denominated assets.

However, even these holdings turned out to be insufficient, mainly because this time, the banks weren’t at the epicenter of the rush for liquidity. In one of its latest bulletins, the Bank of International Settlements (BIS) outlines how the situation around Money Market Funds (MMFs) contributed to the global dollar shortage.

MMF is a type of mutual fund that invests in short-term debt. They issue shares that can typically be redeemed for $1. For many market participants, it’s a good place to park money short-term. 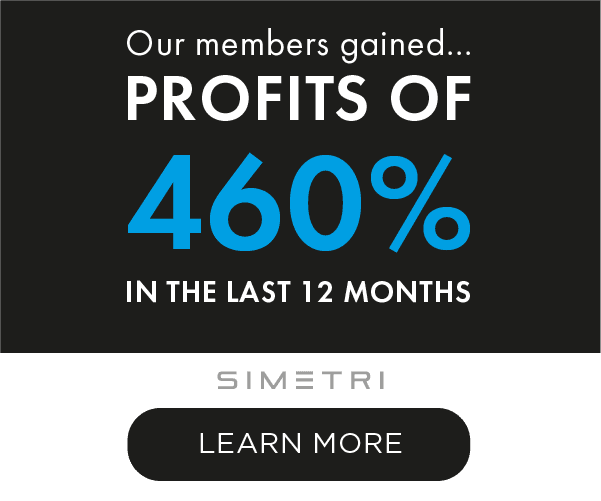 Crucial to the recent spike in the global shortage of dollars are prime and government MMFs.

Prime MMFs invest in debt like Commercial Paper (CP) and Certificate of Deposits (CD), which are important vehicles for non-US banks to receive USD funding. Government MMFs invest in more liquid instruments, like cash and U.S. government securities, which makes their shares safer than those issued by prime MMFs.

An MMF’s shares can be redeemed for USD every day at the fund’s daily-close net asset value (NAV). To meet the redemption, the MMF has to have some free liquidity. While this would cause no problems under normal conditions, increased market uncertainty in March led to a liquidity squeeze.

As investors started to rush to the most liquid instruments, they prioritized the government MMFs over the prime ones because of what assets they kept on their balance sheets. Then they allocated redeemed assets to prime MMFs.

Massive redemptions forced prime MMFs to quickly liquidate their assets by offloading them to dealers, often at a discount. Consequently, there was a bank run-like situation where shareholders rushed to take their money out before a fund’s NAV dropped too low.

Meanwhile, dealers weren’t able or didn’t want to overextend their balance sheets, so CP and CDs started to pile up. As a result, prime MMFs couldn’t act like marginal lenders to banks and corporations by buying new debt.

The liquidity squeeze in MMFs caused longer-term interest to skyrocket. Even creditworthy banks had to agree to high-interest rates to get liquidity. LIBOR/OIS and TED spreads illustrate how much interest rates for 3-months USD loans diverged from overnight loans and T-bills in March 2020.

On Mar. 18, Fed’s Money Market Mutual Fund Liquidity Facility was announced to provide dealers with more USD to buy more assets from prime MMFs, which helped prime MMFs to rebalance their assets and ease the strain.

The key takeaway from the recent surge in USD shortage is that injecting more dollars into the system was necessary to keep it from breaking. There was such a strong demand for dollars that the U.S. Dollar index peaked despite a massive expansion of the U.S. Monetary Base.

The money printer went “brrrr,” but it was necessary because the global economic operations depended on USD. The global economy is a large interconnected organism. When many parties rush to liquidity, then the system may need interventions.

The Rise of Stablecoins

What caused such an expansion? Flight-to-safety by market participants, interest from people outside the space, or the growth of DeFi?

In theory, stablecoins may be a better alternative for Bitcoin at times of the global market turmoil. They are liquid, stable, and cheap to move around. As a consequence, stablecoins may attract more new market participants than Bitcoin, which can’t be used as a hedge and features expensive and slow transactions.

Another point in favor of stablecoins is that they can be used for earning high annual percentage yields (APY). As people stay home and cut their expenses, the volume of personal savings increases, but the interest rates remain low. The newly emerged DeFi instruments have more attractive APYs, which may increase demand for stablecoins.

On paper, stablecoins can make Bitcoin an afterthought.

However, is there evidence of substantial demand for stablecoins? And, if there is, where does the demand come from? In other words, does the surge in the total supply of stablecoins signify that new users are joining the blockchain space?

The total trading volume aggregated from the top crypto spot markets shows that while there was some demand from the market’s retail participants, it wasn’t enough to justify printing billions of new USDT.

The USD/USDT volumes topped at $250 billion in April and have been declining ever since.

Google trends support that while there were some spikes in retail interest towards stablecoins, the search volumes were minuscule compared to those for “Bitcoin.” 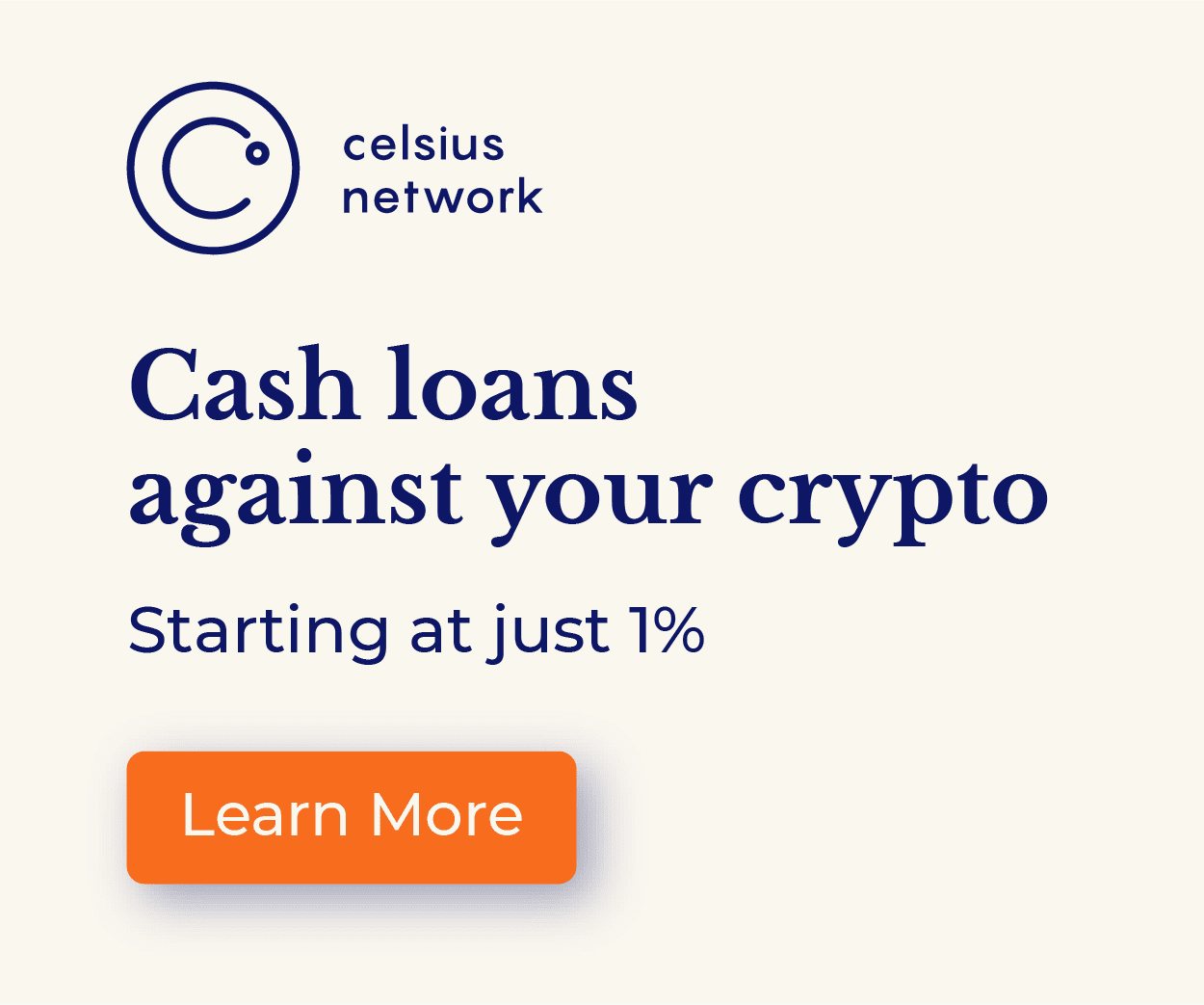 A closer examination of on-chain USDT flows on Ethereum blockchain confirms the lack of retail demand. From Mar. 11, 2020, the majority of USDT went to one of Binance’s addresses. The exchange received over 26 billion USDT from only 177 thousand addresses and sent the same amount to only 216 thousand addresses.

Indeed these figures would suggest that instead of an uptick in retail USDT holders, the space is merely witnessing the back and forth exchange of various USDT whales.

The number of total addresses with non-zero USDT balance on Ethereum peaked at 1.81 million, which is too small to signify substantial demand for over 6 billion printed tokens. Daily active and new addresses tell the same story.

Finally, over 3 billion USDT (roughly 50% of the total supply printed on Ethereum) has been parked for at least a month, which points to a lack of activity, such as DeFi usage.

The total value locked on DeFi is $4.08 billion, and Maker dominance is 30.04%, which leaves only $2.85 billion TVL that can be accounted for stablecoins.

But as many know, there are far more assets locked in DeFi than just Tether’s stablecoin. This analysis would suggest that DeFi, despite becoming a hotspot for stablecoins, could never absorb the amount of USDT being printed.

Data from platforms like Compound shows that stablecoins are actively used there, given the fact that the most actively used markets generate the most COMP. However, the absolute values locked are too low to justify a multi-billion token issuance.

Overall, the data suggests that the blockchain space didn’t experience an influx of new users during the traditional market’s downturn. If that’s the case, what was the reason for issuing more stablecoins?

A plausible explanation was proposed in the recently released report by Bitstamp and CoinMetrics.

The report analyzed how stablecoins fluctuated in price and indicated that there was a brief moment in Spring this year, where stablecoins traded at a premium. This assumption is partially supported by the spike of USD/USDT trading volumes mentioned above.

The assumption made by the Bitstamp and CoinMetrics teams may also apply to some OTC trading. It made sense for stablecoin issuers to print and sell them at a premium, making free money.

It wouldn’t be the first time Tether issued USDT without a clearly established demand.

In their article titled “Is Bitcoin Really Untethered?,“ John Griffin and Amin Shams perform in-depth on-chain analysis to explore how USDT printed before the 2017-2018 bull run were moved around and allegedly used for market manipulation.

The major takeaway from Griffin’s and Shams’ work is that Bitcoin may have been pushed up by freshly minted USDT. With access to liquidity, Bitfinex and Tether could absorb the selling pressure from retail investors and move the prices higher.

This time, the motivation may be different, but the context of lacking organic demand is similar.

Is Bitcoin in Trouble?

In 2020, Bitcoin is pressed by several threats to its core value propositions. There’s a body of evidence that it’s not a good hedge, it’s inferior to expanding stablecoins as a payment rail, and it doesn’t have smart contracts to accommodate the DeFi hype.

On the other hand, Bitcoin still boasts a relatively high search volume, which showcases that its brand is still popular. Meanwhile, stablecoins and DeFi are yet to prove themselves as good proxies for bringing in new users.

Whether the world needs Bitcoin just because of its scarcity is an open question.

However, one thing is sure: the freshly minted stablecoins will, at some point, flow back into other digital assets and likely trigger a new large scale bull run.

A Complete Guide to Stablecoins