I Hate To Join The Crowd, But… 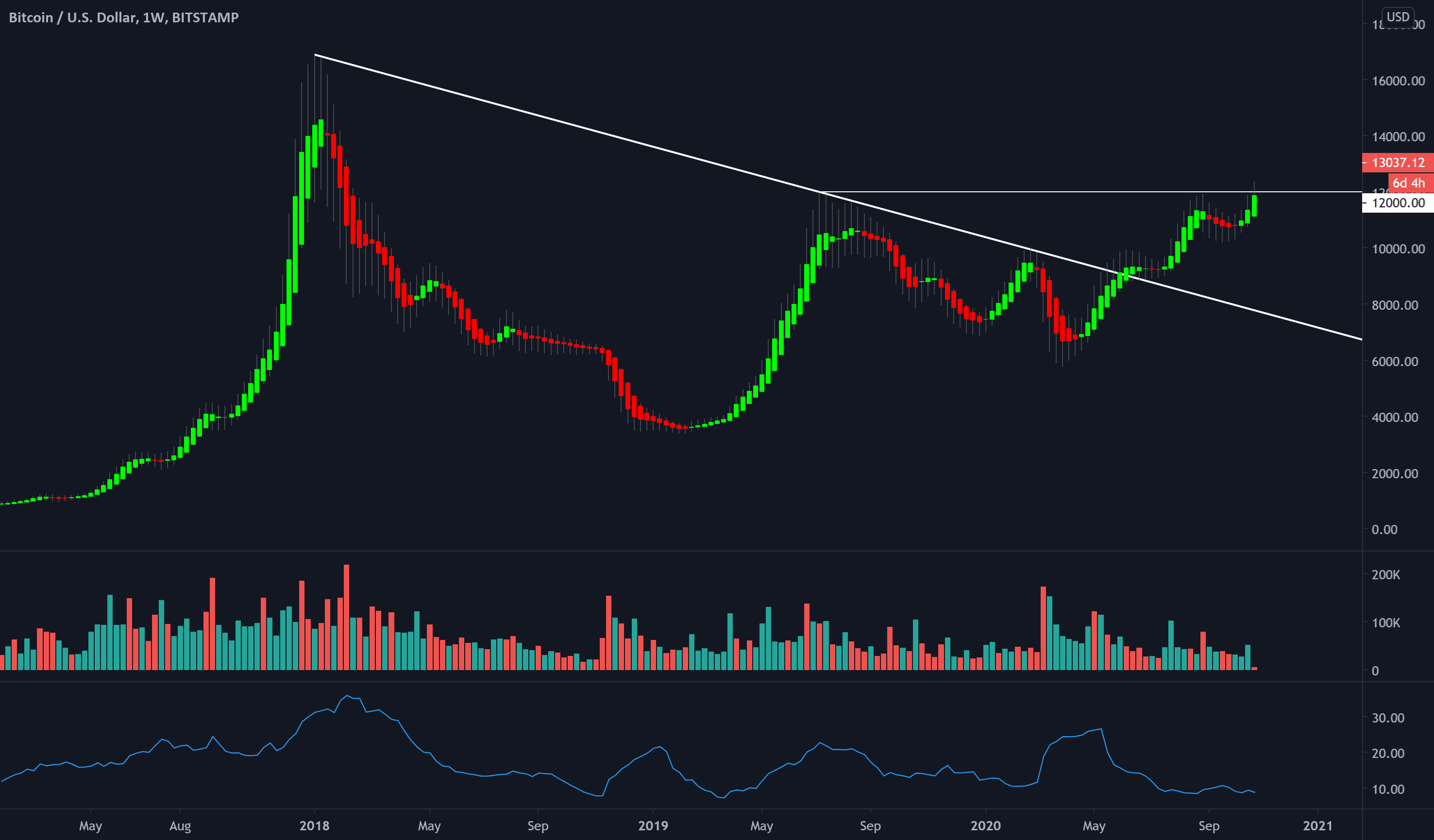 Like the title says, I hate to join the crowd on this idea but it’s becoming clear that we are finally upon what seems to be another potential bull run in BTCUSD , with a time horizon of about 6 months.

While the space has matured significantly from 2017, meaning that liquidity exists at higher prices in greater size, and countless market mechanisms now exist that will likely suppress extreme price increases (derivatives, market makers, etc) I still think this setup has the potential to make an all time high near 20k. I’ve been seeing posts/commentary here and there claiming that the next stop from here is 100k, which is think is irresponsible garbage. Raoul Paul and other bitcoin hodl-ers will be sorely disappointed when they find out that the great run that happened in BTCUSD during 2017 will never happen again, but that doesn’t mean that you can’t make a buck on this right now.

I took this long on the break of 12k last week and took an 8% profit near 13k , which I will be using to cover the loss if this trade should go against me. I was confident in that trade with a lot of size, and now I have a longer term position that I can have to potentially ride this risk free. I’m skeptical, but I might as well be in with no risk, eh? Lets see how much this thing can go. Again, my target in this is 20k.