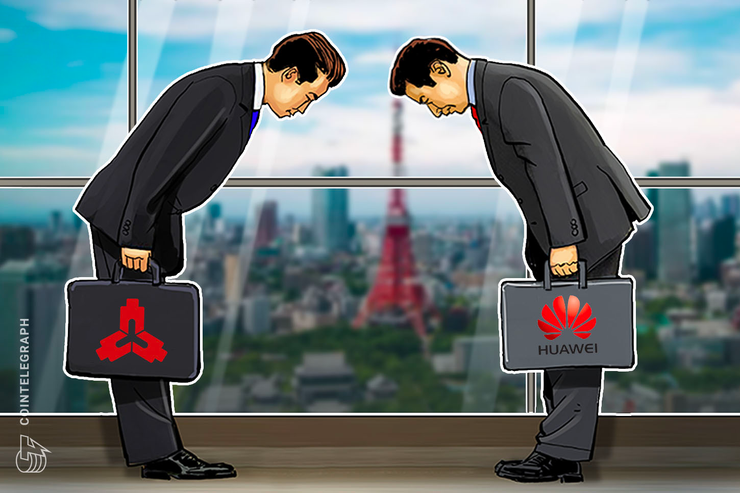 According to a statement from Huawei’s WeChat channel on Nov. 4, PBoC deputy governor Fan Yifei attended the signing of a fintech research cooperation agreement between Huawei and PBoC’s Digital Currency Research Institute at Huawei’s headquarters in Shenzhen.

The announcement did not mention details regarding the agreement, or whether it includes joint research on blockchain technology or digital currencies. Huawei has not responded to Cointelegraph’s request for comment as of press time.

Huawei is active in the blockchain space

Huawei has been actively developing its blockchain capabilities over the past few years. In April 2018, the firm launched its Hyperledger-based blockchain-as-a-service platform — Blockchain Service — one month after the release of Huawei and Hyperledger’s joint project Caliper.

In June, the firm was considering launching blockchain services in Latin America. Speaking to Cointelegraph Brasil, an anonymous Huawei executive said at the CIAB Febraban conference on June 11 that its blockchain-enabled products and services may be available on the continent in the near future.

Over the last few years, the Chinese government has lost no time in pursuing blockchain development and innovation within the country as it jockeys to be the global leader in emerging distributed ledger technologies.

In June 2019, Cointelegraph reported that China is running neck-and-neck with the United States regarding the number of blockchain patents filed in each country.

President Xi Jinping himself recently called on his country to accelerate the adoption of blockchain technology at a Politburo Committee session. He said:

“We must take blockchain as an important breakthrough for independent innovation of core technologies, clarify the main directions, increase investment, focus on a number of key technologies, and accelerate the development of blockchain and industrial innovation.”