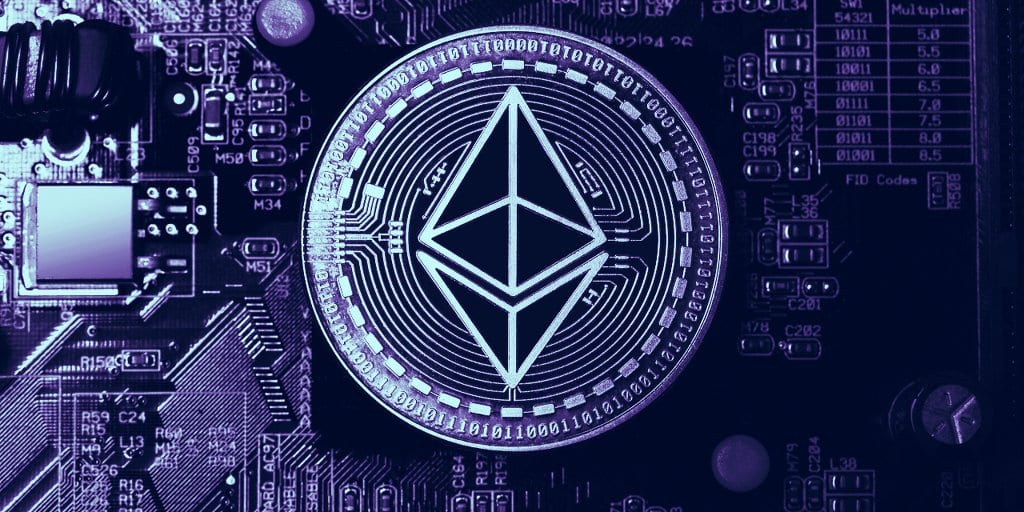 A team of former executives from crypto startup Block.one—the company that famously raised a purported $4 billion in an ICO to launch Ethereum competitor EOS—today launched a new decentralized finance (DeFi) protocol that wants to change the way blockchain networks reward the people who secure them.

And, with a focus on DeFi, the newly released StrongBlock protocol will set its sights on improving Ethereum—not EOS.

Blockchains in general handsomely reward miners who validate transactions on the blockchain with the blockchain’s native token. But blockchains, typically, do not compensate nodes that only receive, store or broadcast blockchain data. This is because all miners are nodes anyway, so there’s little point.

The former Block.one executives behind StrongBlock, initially founded in 2018, think that there’s a problem with this. Low quality blockchain nodes are unreliable, since they provide erratic market data and often run older versions of software.

“If the nodes don’t have a full and up-to-date copy of the ledger, then data can be out-of-date, out-of-sync, or delayed,” David Moss, CEO and co-founder of StrongBlock, told Decrypt.

With incentives in check, a DeFi project could, in theory, use StrongBlock to attract high-quality node operators and ensure the security of the protocol.

StrongBlock’s starting with the Ethereum blockchain, which houses all the top DeFi applications—that’s decentralized finance, the raft of non-custodial financial products that powered this summer’s crypto bull run. Moss said that the company has been approached by “some of the bigger protocols,” but did not disclose details.

But why not work on EOS, the protocol many on the StrongBlock team helped launch, using $4 billion of investors’ money?

“Would you [rather] go to Disneyland? Or would you go to a small gathering on the side of the road with a giant ball of string with a couple of amusement rides? Most people would choose Disneyland,” said Moss. “Ethereum became Disneyland for DeFi and everything else.”

Moss said that Block.one, the creators of the EOS protocol, did not provide enough support to those building on the protocol. That’s why he left the company, he said. StrongBlock’s founder added that he would consider expanding the new DeFi protocol to other blockchains, but it’s not his top priority at the moment.

“Our goal is to shine a spotlight on the most undervalued group in blockchain: nodes. Our ‘DeFi with a purpose’ protocol creates a true public good by rewarding nodes, providing more stability to blockchains, and increasing visibility to the nodes that keep blockchains running,” said Moss.

StrongBlock has a governance token, STRONG, that it distributes to node operators that use its network. Holders of STRONG can vote on proposals to upgrade the network, and can also sell those voting rights to strangers on secondary markets. But how to determine how much STRONG to distribute, when, and to whom?

Kablam: Enter Chainlink, stage left. Chainlink is best known for being a decentralized price oracle, meaning it grabs price data from other blockchains in a decentralized and trustless manner, then connects it to other smart contrasts.

For StrongBlock, Chainlink calculates the total dollar value of the pool of all of these STRONG tokens. StrongBlock’s protocol uses this information to divvy up the earnings and send them to node operators.

“Our DeFi protocol calculates complex rewards for thousands of miners every day. We chose Chainlink because they use multiple independent, high quality off-chain data aggregators. We trust Chainlink to provide the most accurate pricing data available,” said Moss.

Moss said that StrongBlock doesn’t make any money from the protocol and that there is no corporate treasury; instead, it makes money from its consulting work, as well as from other projects and protocols.

That said, StrongBlock’s team and shareholders hold the bulk of the supply.

“We are not distributing STRONG to shareholders and [the] team. They are held in locked wallets, and allocated based upon demand. There is zero possibility of shareholders and team dumping,” said Moss.

47.5% of all STRONG will go to its community—most of it earned from participating in the protocol, with another 500,000 STRONG reserved for a community chest.

The views and opinions expressed by the author are for informational purposes only and do not constitute financial, investment, or other advice.