A brief history of us, we started in October of 2017 with the idea of ​​creating a private token as a Monero and we called Ethereum Monero ( EXMR) to our

ERC20, but given the prohibitions of governments and the attack on these types of coins with privacy and

understanding that we would have limitations we made a different movement .

Then EXMR in mid-2018, we made an ICO but the funds obtained at that time were not enough since we had been dragging the name of Ethereum Monero, but even so, we continued by our firm conviction and the responsibility then we started a new path, the funds were used, in rates to be listed in the following exchanges: Yobit, Bitebtc, Instanbitex, Cryptaldash, and others, as well as in services related to exchanges, were also used in the initiation of the project with a payment gateway system called EXMR Get Crypto Payments

getcryptopayments.com an ambitious and large project, the same for its magnitude and costs has cost us to complete it, since it will include a wide range of tools, applications, plugins, services, etc., we have as a goal to conclude this 2020. Other funds were used to pay for some advertising, promotion, videos, image designs, articles, media networks promotion, re brand cost, etc., and to keep us in the market even with the great falls of the same,even though we manage as much as we could the lack of liquidity in terms of the amount of tokens left in our hands, we need to rethink again and start something more attractive for the entire crypto community since we have a committed team and great support for our community, that is why for a few months, we made a radical change, we created a new secure smart contract already audited, and that has special functions such as: staking rewards, percentages to burn tokens for transactions this optional by voting, and other functions more. we have successfully completed our swap.

For all that we have learned in the way of the mistakes made, we are now: 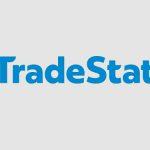 5 Reasons Why Elon Musk Should Be Terrified of Rivian