Cryptocurrency and Blockchain News From Brazil: Oct. 28-Nov. 3 in Review 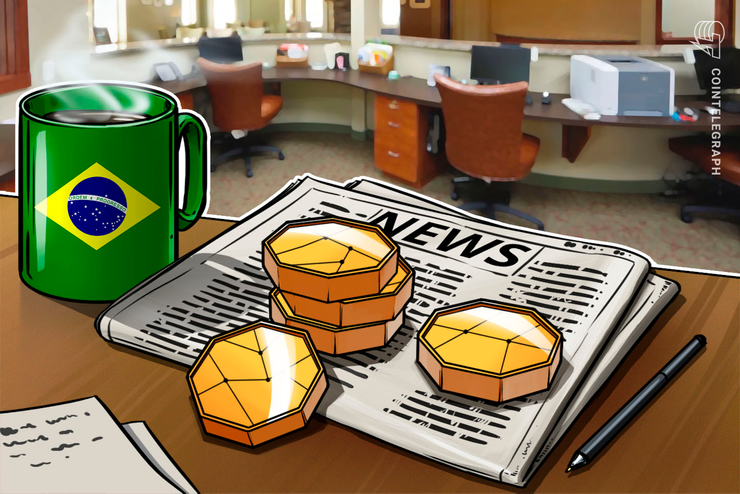 Brazil has seen another tumultuous week in the cryptocurrency industry, as the alleged pyramid scheme Atlas Quantum upsets it customers yet again, another six individuals linked to the Unick Forest crypto scheme are arrested, and the founder of A2 Trader challenges Brazilian regulators to shut down his trading website.

Here is the past week of cryptocurrency and blockchain news in review, as originally reported by Cointelegraph Brasil.

The alleged pyramid scheme, Atlas Quantum, a Brazilian platform that claims to conduct Bitcoin (BTC) arbitration, has angered its customers yet again. This time clients are upset over the price difference in the ‘withdrawal in reals’ operation, suggested by the company’s CEO, Rodrigo Marques, to solve the company’s problem of withdrawals.

The operation gained some popularity as several users sought to sell their BTC in order to save at least a part of their investment. However, the price difference has not pleased investors given that Marques had ensured that Atlas would not “gain anything from the system.”

Apparently, the company sold Bitcoin from disgruntled users at a massively discounted price of $5,500 but resold the same coins for $11,710, more than 50% of the value offered to the company’s blocked customers. A client from Atlas Quantum came forward, saying “it is a pure scam.”

On Oct. 26, Cointelegraph Brasil reported that a federal court ordered the detention of another six individuals suspected of participating in the activities of Unick Forex, a company that is accused of several crimes, including money laundering, and being a cryptocurrency investment scheme. When arrested, these individuals will be joining nine other arrestees, including the president of the company Leidimar Lopes. The guarantor of Unick’s investments, Fernando Marques Lusvarghi, is still at large.

Founder of A2 Trader challenges the CVM: “If I have to close the site I open another one.”

In September, Cointelegraph Brasil reported that the Brazilian Securities Commission (CVM) started investigating the allegedly fraudulent activities of A2 Trader and its founder, Kleyton Alves Pinto. A2 Trader was accused of being a financial pyramid, driving Alves to recently claim that the CVM analysis is based on fake news.

Alves further stated that no government can touch the money of investors and that the sites that report complaints about A2 Trader do so because they are “paid for it.” He added that if the CVM would proceed to shut down his trading website, he would just open another one, on servers abroad.

The Sao Paulo Court of Justice granted an urgent injunction to a client of crypto exchange GenBit to block the company’s bank accounts. The client claims that it initiated the process because it was unable to recover his funds.

The lawsuit stated that the exchange is now suspended by the CVM as it is not authorized to offer investments.

Even though its activities have been investigated by the Brazilian regulators, Midas Trend, which offers investment packages through Bitcoin and cryptocurrency operations, sponsored a French Premier League game at the end of October.

“This is our first kick-off, our idea is to break even borders and overcome all challenges. I am very happy with that.”

Meanwhile, Midas Trend customers have been complaining about the company on social networks, stating that the investment platform is inaccessible and that it is not possible to talk to the company.