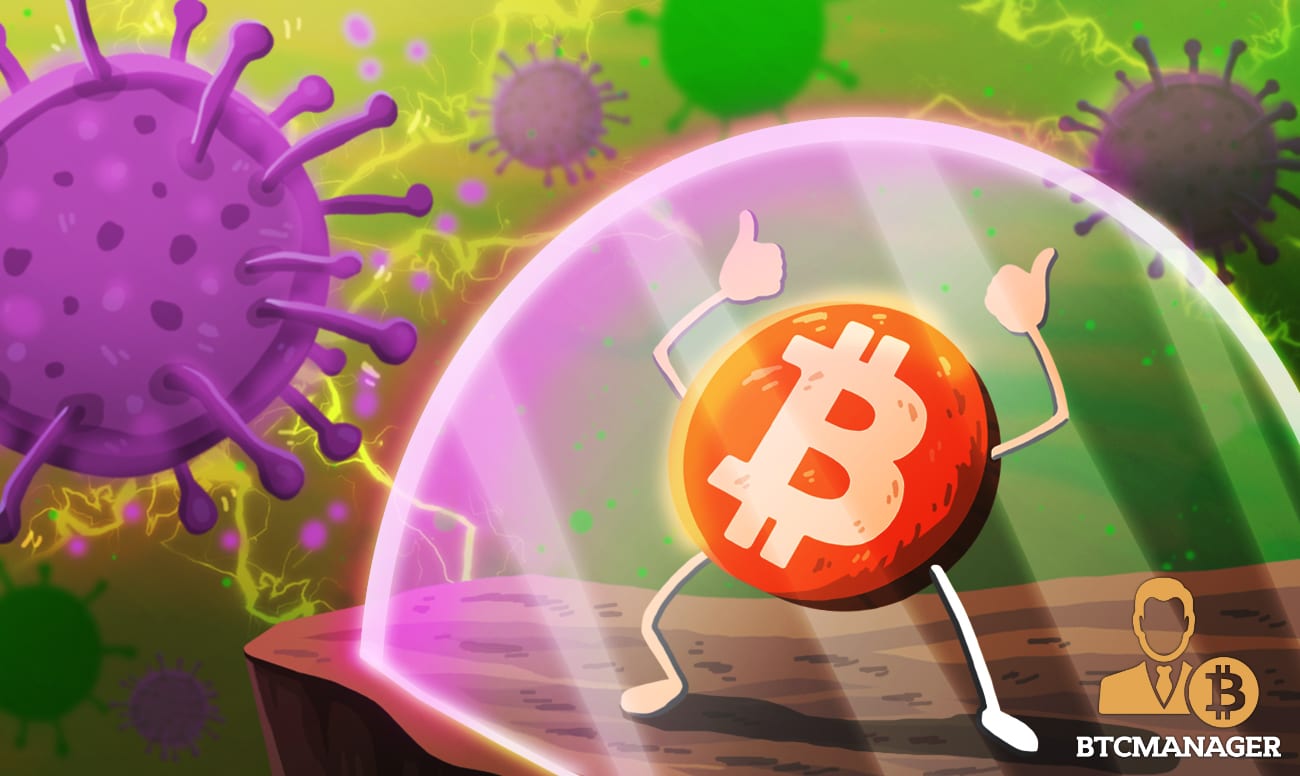 On June 24, the IMF published its quarterly World Economic Outlook report, describing the COVID-19 induced lockdown as the worst economic downturn in 90 years and predicting a total of nine trillion dollars of losses by 2022. Global growth is projected at –4.9 percent in 2020, and the world economy is expected to face a year-over-year recession of 3% as economic activity retraces in more than 170 nations.

The International Monetary Fund (IMF) has also issued a grim forecast that the ongoing global economic recession caused by ‘the big lockout’ will get even worse, before things turn for the better. Meanwhile, the imminent global recession will likely be the impetus for widespread acceptance of decentralized finance, the technology behind blockchain and other digital payments and finance innovation.

The previous global economic recession has spurred forward fintech innovations. The financial crisis in 2008 taught people that financial intermediaries are not always trustworthy. This led to the development of the bitcoin network. Now, the world faces another financial crisis, and there is no doubt that Bitcoin will thrive in these economic conditions, presenting solutions to real-world problems.

As the global economy deteriorates, Bitcoin is likely to become a safe haven asset and an alternative hedge option for both retail and institutional investors, as evident by the renewed interest in cryptocurrencies this year, coupled with the halving event. Nonetheless, before you consider buying Bitcoin or other cryptocurrencies, it is good to firstly understand the underpinning technology behind the cryptocurrency.

The Immutable Ledger has Exposed the Lack of Privacy in Bitcoin

While it is true that Bitcoin is designed to offer a transparent and immutable ledger, it lacks the appropriate privacy measure for the Bitcoin user. It is widely known today among the crypto community that Bitcoin, like other cryptocurrencies, is of pseudonymous nature. Anyone with access to a blockchain analysis tool like the publicly available blockchain explorer tools will be able to view and track the transaction activity of any Bitcoin address. Skilled individuals and blockchain analytics firms are able to track the ownership of the Bitcoin address through the transaction activity and other information found on the distributed ledger.

Moreover, many established and centralised cryptocurrency exchanges and payment services are now obliged to follow the regulatory procedure of verifying users’ personal information through the Know-Your-Customer (KYC) process. As a result, it utterly removes any form of anonymity or privacy Bitcoin or any other prominent cryptocurrencies or (Altcoins) since intermediaries can trace any Bitcoin transaction and even personal information online.

Bitcoin Mixers Are Used to Deal with These Privacy Issues

In order to address the privacy concerns revolving around Bitcoin and other pseudonymous cryptocurrencies, a crypto privacy known as Bitcoin mixers are created. Today, the crème de la crème of mixing service providers is MyCryptoMixer.com , a trusted Bitcoin mixer that has been widely used by users who are looking to remove their transaction traces in Bitcoins, as well as an affordable and reliable Bitcoin mixing tool that MyCryptoMixer is able to offer.

Given the growing attention from central banks and financial institutions, MyCryptoMixer has also recorded a surge in mixing volume due to stricter regulations enforced by governments, which affects entities that handles cryptocurrencies such as Binance and Coinbase, to comply with Financial Action Task Force (FATF) recommendations and enhanced Anti-Money Laundering (AML) guidelines. More often than not, such regulations do infringe the privacy of individuals.

Hence, learning how to mix Bitcoin could ensure your anonymity and privacy for your Bitcoin transactions. To simply put, a Bitcoin mixer could “mix” your coins from your Bitcoin wallet, while removing all possible traces, and subsequently move your mixed coins (of equivalent amount) to a different group of Bitcoin addresses. In this case, the Bitcoin Mixer held custody of the user’s Bitcoin during the mixing process and returned the user with freshly mixed Bitcoins through a secure and anonymous algorithm.

MyCryptoMixer’s Prominence in the Mixing Market

On top of that, no account registration is required to access their mixing service, which is accessible in both clearnet (e.g. Firefox, Opera, etc.) and TOR browser, making the transaction much harder to be traced later on, while keeping its promise of the user’s privacy and
anonymity. Due to security reasons, logs are only held for up to 24 hours before they are automatically deleted by the provider, in the unlikely events where the database is compromised which results in the leak of their users’ transaction activities.

How to Mix Bitcoin in 4 Quick Steps

There is a good reason that MyCryptoMixer.com has been praised for the aforementioned user-friendliness, and credit where credit’s due, it has one of the most straightforward and sleek-looking interfaces around, giving the user a seamless mixing experience without much
distraction. To advance your own knowledge of Bitcoin mixing, it helps to know an overview of how to mix Bitcoin. Below are a snippet of their famous 4-step mixing process and how to put that knowledge into practice:

First, the user shall navigate to the Bitcoin Icon which can be seen on their homepage ( https://mycryptomixer.com and http://mymixerxtukle6mo.onion ).

2. Set up your destination addresses

Next, configure up to five destination (or receiver) Bitcoin addresses, Transfer Time Delay, Funds Distribution, and the user-defined service fee (between 0.50% to 5.00%). MyCryptoMixer’s straightforward interface allows the user to complete the relevant fields easily, either by text input or adjusting the values through a slider.

Additionally, the mixer will generate a randomised “MyCryptoCode”, which allows the user to strengthen the privacy process by preventing previously mixed coins from reappearing in their subsequent mixed wallet addresses.

3. Send funds to the Bitcoin Mixer

In order to enhance the anonymous process, users would be shown the required BTC amount as indicated by the mixer. This is to ensure that every transaction is unique, eradicating any possibilities of tracking these transactions through the user’s activity pattern.

Finally, the user would be shown a status page that reflects the mixing status. No action is required from the user end at this point. As long as all information as furnished by the user is accurate, the mixing process is deemed as completed.

A Bitcoin mixer allows users to mix the transaction for the primary purpose of achieving complete anonymity as governments and regulators tighten their grips on KYC and AML compliances on cryptocurrency markets and services. For users who are trading in especially
large volumes of Bitcoins, it is also recommended to combine privacy wallets, VPNs and TOR browsers, in addition to a Bitcoin mixer to truly protect yourself against bad actors (and the pervasive government’s surveillance) in a secure, private and anonymous way, when dealing with the revolutionary asset class of the 21st century. To learn more on how to mix Bitcoin, MyCryptoMixer.com has a detailed guide for anyone looking to make your Bitcoin transactions untraceable and more secure than ever.