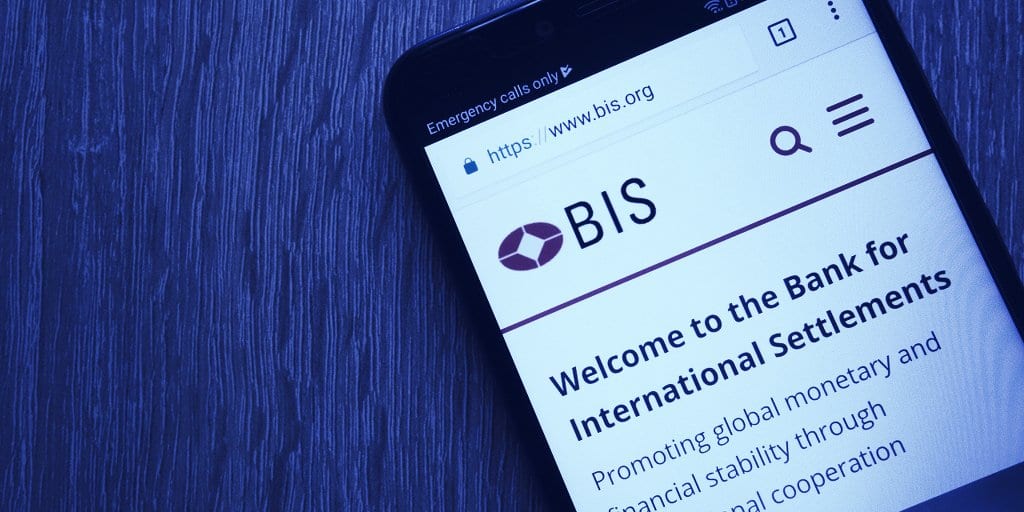 An executive at the Bank for International Settlements, a consortium that comprises most of the world’s top central banks, said today that the BIS is working on a central bank digital currency pilot with Switzerland’s central bank.

“By the end of this year, we plan to publish our first wholesale CBDC proof-of-concept with the Swiss central bank,” said Benoît Cœuré, head of the BIS’s Innovation Hub, in a speech at the Shanghai Bund Summit (Cœuré dialed in).

Decrypt reached out to the BIS and the National Bank of Switzerland and we will update this story with any responses.

Central bank digital currencies differ from cryptocurrencies in so much that they’re not decentralized (duh), and sometimes don’t rely on a blockchain. But they’re similar in so much that they (loosely) take inspiration from Bitcoin and distributed ledger technology. About 80% of the world’s top central banks are at least considering them, according to a January report by the BIS.

“Looking ahead, we plan to build on central banks’ experience with [the] cross-border use of CBDC, including with the [Hong Kong Monetary Authority] and the Bank of Thailand, the Monetary Authority of Singapore and with the Swiss National Bank,” said Cœuré.

Cœuré said that this work will “pave the way” for retail versions of CBDCs—aka, digital cash, and inform others central banks’ design for CBDCs, and help work out how CBDCs would link up with each other.

“This complex technical work is above all directed to practical solutions, rather than conceptual research of recent years,” he said.

Cœuré noted that China is leading the way with its own CBDC, a digital yuan, which is on the cusp of being released. “Through collaboration, we can learn.”

Cœuré said that a CBDC would neither be a “revolution” nor usher in a new age of prosperity, nor solve major societal issues (incidentally, all things claimed by some proponents of regular cryptocurrencies). Instead, they’d be a better form of money that would support a more diverse payment ecosystem and provide a more global public good.

In a separate speech at the summit, Tom Mutton, director of Fintech for the Bank of England, which is considering CBDCs “with interest,” called for collaboration: “Central Banks need to partner with a broad range of stakeholders given the breadth of issues presented by CBDC,” he said. “We can’t ‘go it alone’.”