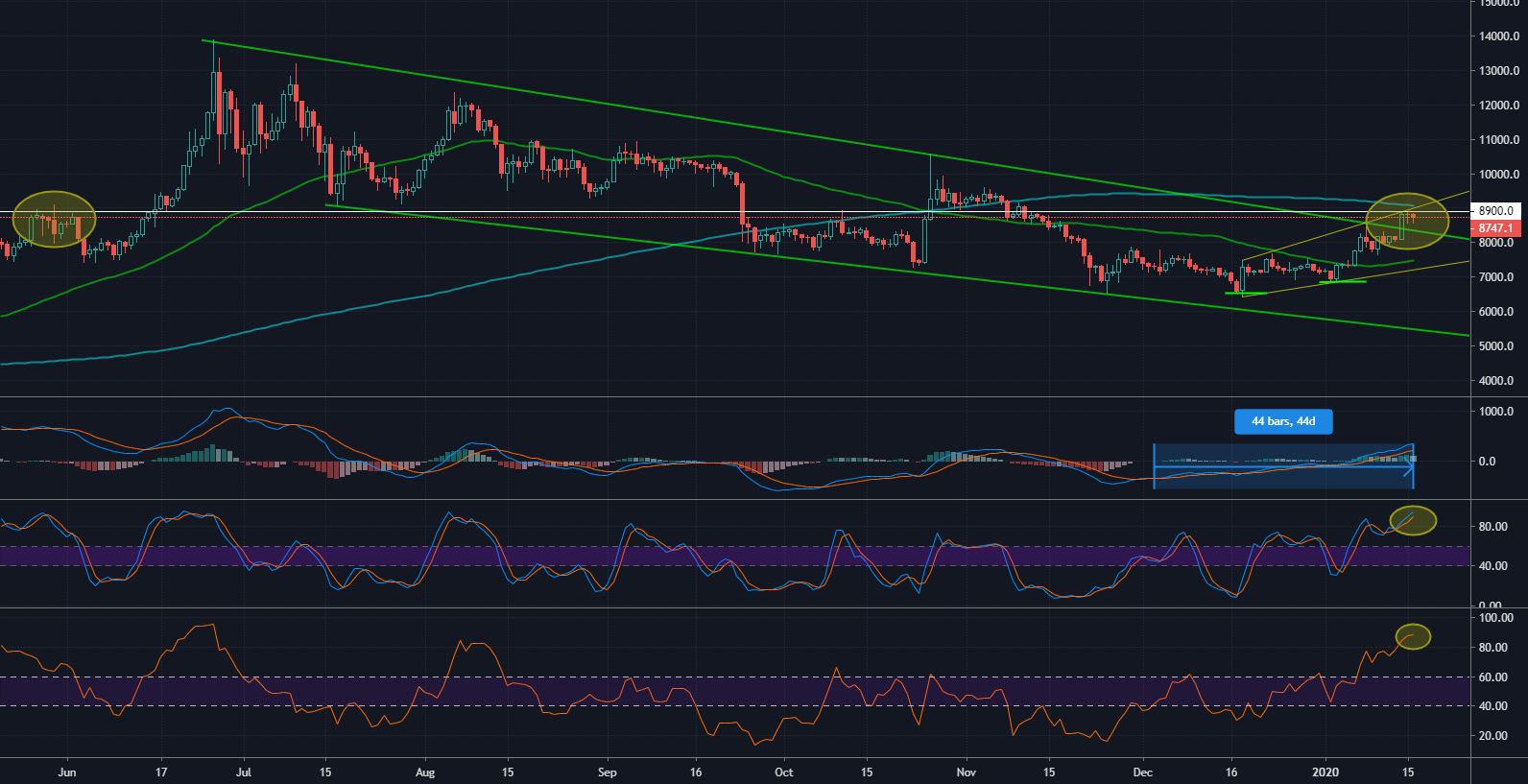 Goooood morning traders. Here’s what I’m looking at for XBTUSD .

-close above the 7 month down channel – bullish

-lots of closes above the 50 daily moving average – bullish

-rejection at resistance from last May – neutral; this rally needs a breather

-200 daily average sloping down, price still under it – bearish

-stochastic in nosebleed territory – neutral; shows great upward momentum but exhaustion of buyers. Let’s see where it corrects to.

The break above the long term down channel is exciting and seems to line up with the halving schedule. The market has built an up channel with higher lows & higher highs. To me, this means that a pullback that falls into the previous channel isn’t a game changer as long as it creates a higher low in the new channel. Best case scenario is we get a pullback & consolidation on top of the down channel’s line before moving higher.

Indicator-wise, this isn’t where I’m adding to positions. The MACD has been bullish for quite awhile now and both the stochastic oscillator & MFI are in nosebleed territory.

Analysis – Take some profit if you have it and don’t jump in this market if you’re afraid of missing the move. If this is really going to six figures, missing a couple grand to solidify bullish market structure isn’t a big deal. The 200 daily average & previous resistance seem to have put the brakes on the rally for a minute. Let’s let volume & momentum indicators come down a bit and see where price ends up. Give the market a chance to make another higher low and remain in the new up channel . Get probability back on our side, then make a risk-controlled move on the way to halving.