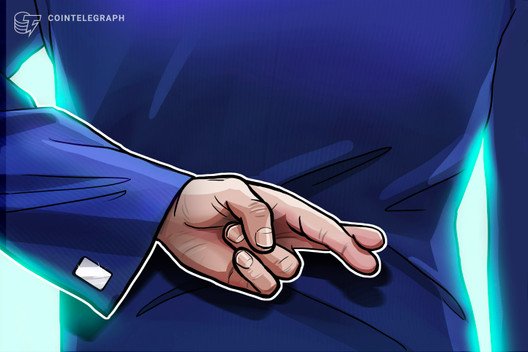 The United States Securities and Exchange Commission have argued in a Jan. 10 filing that Blockvest founder Reginald Buddy Ringgold III falsified and, in one case, forged signatures in documents critical to the case. The commission had previously charged Blockvest with falsely declaring that its initial coin offering (ICO) was registered with the regulator.

In Oct. 2018, the SEC halted Blockvest’s ICO in an emergency court order. The project had nevertheless already collected more than $2.5 million in a pre-ICO sale of its BLV token. Though the Southern California court district initially claimed that the commission failed to provide adequate proof that the ICO was a securities sale, this decision was later reconsidered.

According to court documents, Blockvest “engaged in willful and bad faith deception” by submitting false depositions. The defense relied on a claim that the pre-ICO tokens were never sold to actual investors, arguing that the participants submitted money with no expectations of receiving tokens in return. This claim was backed by several declarations ostensibly made by individuals contributing to the pre-ICO.

The SEC allege that at least four of these declarations contain false information, while one of them presents a forged signature. The rest of the declarations were made by known associates of Ringgold, who the SEC say directly instructed them to lie on their depositions.

In addition, the SEC argues that the fraudulent materials directly impacted the court’s earlier decision in favor of Blockvest:

“As a result [of the false declarations], the Court denied the preliminary injunction, and on reconsideration imposed a subset of the relief requested by the SEC. Thus for the past year, defendants have not been enjoined from all of the charged misconduct (including Exchange Act antifraud violations and Securities Act registration violations), exposing investors to an ongoing risk of harm, and defendants’ assets have not been frozen, making any recovery of lost investor funds unlikely.”

The commission thus filed a motion to put “terminating sanctions” on Blockvest, which if accepted would result in a default judgment against the project.

Alternatively, a condition of “adverse inference” may be placed on Blockvest’s claims that investors did not expect profits from their contribution. The expectation of profits is one of the key features of a security investment contract, according to the Howey test definition.