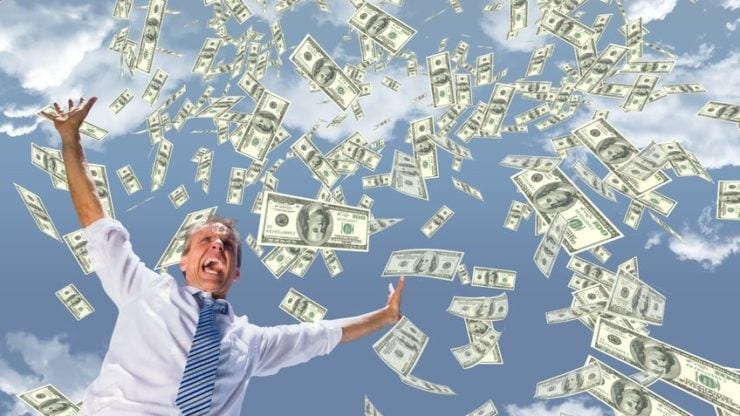 Bitcoin (BTC) has been making moonshots since the start of the year. The coin managed to maintain last year’s bullish momentum, which saw it surge past its previous all-time high before setting new unfathomed highs. On January 9, the coin surged significantly to set a new high at £30,294.93. While BTC has since had a downward correction that has seen it plunge to £ 25,497.51 at the time of writing, the coin’s recent gains impacted the lives of its holders significantly.

According to a report, BTC’s recent gains have created new crypto billionaires. Among these lucky individuals are Tyler and Cameron Winklevoss, the founders of the Gemini Trust Company, a leading crypto exchange, and custodian. Reportedly, each of the Winklevoss twins now owns approximately £1.024 billion in cryptocurrencies. Allegedly, this figure more than doubles what each of the twins had in the past month.

“Bitcoin has surpassed Facebook $FB in market cap. Makes sense that a money network would be more valuable than a social network.”

He made this comparison after he and his brother sued Mark Zuckerberg, Facebook’s CEO, claiming that Zuckerberg stole the idea of building a social network from them. They later won the case and got a £47.54 million settlement, which they invested in BTC. The twins were criticized for seeking fame and fortune in crypto, but their moving on from Facebook seems to be paying off.

Apart from the Winklevoss twins, the value of Matthew Roszak’s crypto holdings also increased significantly. Roszak worked as an entrepreneur in the venture capital space in the 1990s and early 2000s. He, however, changed tactics in 2012 by purchasing his first BTC. Since then, he has been working as co-founder and chairman at Bloq, a blockchain startup with clients like Citigroup. His crypto wealth is approximately £0.88 billion.

Tim Draper, who is part of the Silicon Valley-based Draper family investing dynasty, believes that Bitcoin is the currency of the future. He started investing as early as 1985, but his first crypto investment was seven years ago, where he allegedly bought 29,659 BTC for £13.71 million. Assuming he has never liquidated his BTC, Draper would have approximately £0.75 billion.

MicroStrategy’s CEO, Michael Saylor, has also benefited significantly after BTC meteoric rise. He led the company to invest £0.805 billion in BTC at an average price of approximately £11,680 per coin. After BTC’s rise, this investment is now worth approximately £1.76 billion. Saylor has a £0.88 billion stake in the company, and he also invested £128 million to purchase 17,732 BTC, coins that are now worth approximately £438.2 million. Combined with his stake in MicroStrategy, these funds make Saylor a new crypto billionaire.

Mike Novogratz, the founder, and CEO of Galaxy Investments Partners has also benefitted from BTC’s rally. He reportedly invested £5.12 million in BTC in 2013 and later used these funds to finance Galaxy’s seed funding round. According to details from September last year, Galaxy’s crypto assets are now worth £454 million. Seeing as Novogratz has a 77% stake in the company, his crypto wealth is approximately £349.6 million.

When Bitcoin surges or plunges, it has a ripple effect on the broader crypto market. Following the coin’s stellar performance, Ethereum also surged giving its inventor, Vitalik Buterin, a reason to smile. While Buterin does not have any known BTC holdings, he currently owns more than 330,000 ETH, which amounts to about £236 million.