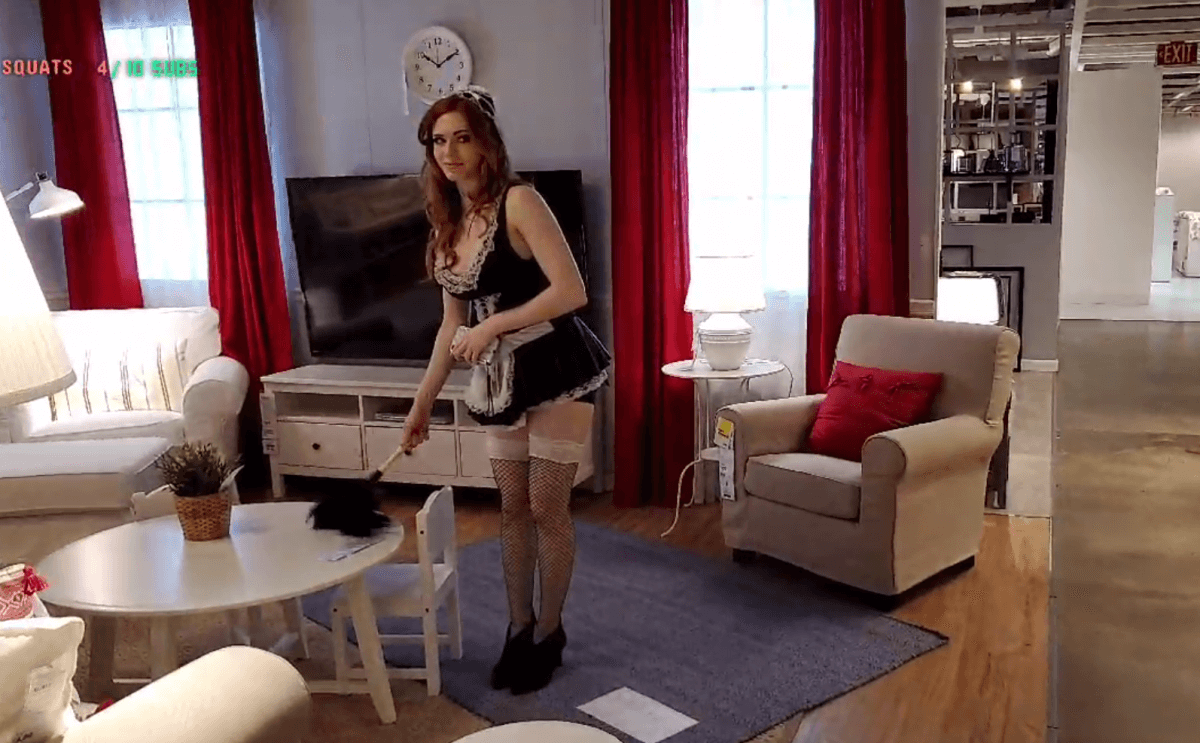 Twitch streamer Amouranth seemed to bait the site’s moderators again in an IRL stream that saw her go to Bed, Bath & Beyond in a French maid outfit. In this video of her trip to Bed, Bath & Beyond, shared by Dexerto, a store employee doesn’t accept that Amouranth is just “cleaning” and seems to be about to ask the streamer if she is soliciting.

The employee then says that Amouranth “can’t do that in the store.” The streamer, humored by the conversation with the employee, then parks her cart and prepares to leave the store.

In another clip, where Amouranth visits a thrift store to buy the French maid outfit, she is told to leave because there are “children and old people” and that what she’s wearing isn’t acceptable.

This is just another stream for Amouranth, who was banned from Twitch for an NSFW wardrobe mishap last year. The streamer did not admit that her wardrobe mishap was done on purpose, as some had suggested, but did joke that it had made her more popular. Amouranth has thousands of followers on Twitch which confirms that her often NSFW outfits are working for her, but some fans may fear that she could be about to get banned again.

This article was edited by Samburaj Das.