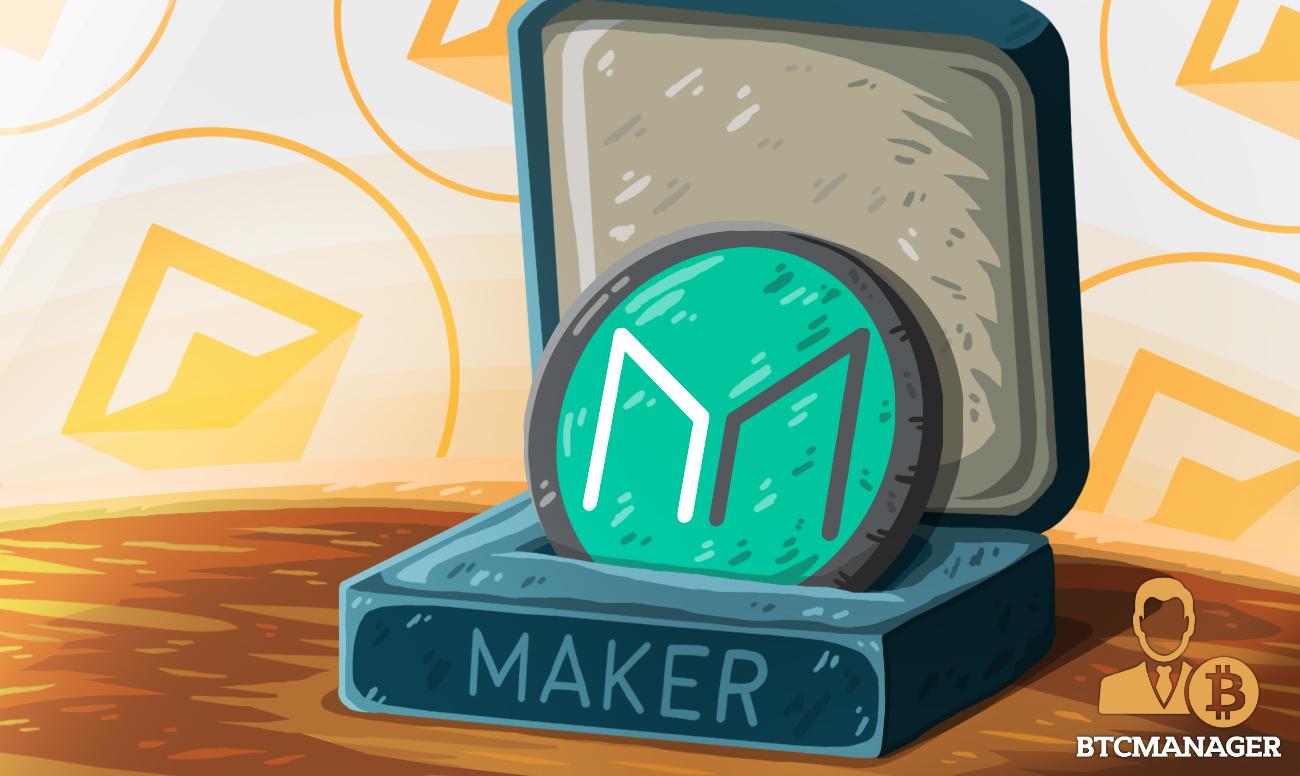 MakerDAO is a peer-to-contract platform enabling over-collateralized loans by locking ether in a smart contract and minting Dai, a stablecoin pegged to the US dollar. MKR is the governance token of the MakerDAO organization enabling its holders to vote on the project’s future.

Maker is one of the first projects to start developing on Ethereum. Although its success began mostly in 2019, Maker was founded in 2015 by CEO Rune Christensen and CTO Andy Milenius. The project has been under development for 3 years and launched in early 2018 without conducting an ICO but distributing the tokens exclusively to private investors who showed a strong interest in the project.

Essentially, Maker is a smart contract platform responsible for the backing, stabilizing, and issuance of the DAI stable cryptocurrency. This stablecoin, unlike its competitors, is not covered by a real dollar equivalent. Its value is instead guaranteed by a certain amount of cryptocurrencies deposited within the smart contract, thus making it a completely decentralized stablecoin. Maker’s native token MKR is a governance token utilized for paying fees in the Maker ecosystem as well as for governance decisions in Maker’s Decentralized Autonomous Organization (DAO). In short, Maker tries to reproduce the functions of a central bank in a more decentralized and transparent way.

How Does It Work?

– A user deposits ETH or BAT in a Maker Vault, thus generating a certain amount of DAI (at the moment the collateralization rate is at least 150%, this means that if you deposit $ 150 in ETH, you can generate a maximum of 100 DAI (about $ 100)).

– When a user receives its DAI, it is free to do whatever he wants with it. When the user wishes to have its ethers back, it is necessary to return the borrowed DAI by adding a stability fee from the system itself. The stability fee is established by MKR holders and may vary over time.

However, there are some variables to consider. As mentioned previously, the stability of DAI is guaranteed by the ether (or BAT) deposited inside the Maker Vault. Ether and BAT are volatile cryptocurrencies, hence it is possible that their value decreases over time reducing the value of the collateral. If this were to bring the collateral to a value lower than the pre-established minimum (150% of the loan), the system would automatically start to sell part of the user’s collateral. To prevent this from happening, a user should insert more Ether into the equation or withdraw less DAI.

What’s the role of MKR?

MKR owners have the opportunity to take part in the management of the whole Maker ecosystem. The aspects of the protocol that can be influenced by MKR holders are:

– Emergency shutdown in the event of a market crash

An important piece of information that we have not yet introduced is the fact that when the stability fee is paid, an equivalent dollar amount of MKR is bought and removed from the market to pay for this stability fee. This means that MKR is a currency in constant deflation.

The DAI Saving Rate (DSR) was introduced in November 2019 with the transition to Multi collateral Dai. The DSR is a DAI price stabilization device, in addition to the stability fee. The DSR, in particular, allows DAI holders to earn interest by locking DAI in a special smart contract. The interest is variable, being adjusted from time to time by the governance of MakerDAO. The rate is increased when the price of DAI on the market tends to be less than 1 dollar. By raising interest, DAI holders are encouraged to bind them in the DSR, in order to stimulate demand for DAI on the market which should have a price growth effect. The same logic applies to the reverse scenario.

MakerDAO’s function is very similar to that of a central bank. Thanks to the tools mentioned above, MakerDAO tries to guarantee DAI price stability by adjusting interest rates and collateralization rate of the loans. If the interest rate (stability fee) is low, users are encouraged to apply for more loans (blocking more ETH in the system). If the interest rate is high, the cost of capital is high making it less attractive (thus encouraging the closure of loans). Encouraging the opening or closing of loans affects the demand for DAI and therefore its price.

The Shadow of Centralization

As we have seen, MKR is both a utility and a governance token. Its level of distribution, therefore, establishes how decentralized the project is and, unfortunately, in Maker the distribution is very concentrated. As the project never made a public ICO, MKR tokens were mainly delivered to funds that showed strong interest in the project such as 1confirmation, Polychain Capital, Andreesen Horowitz, Distributed Capital Partners, Scanate, FBG Capital, Wyre Capital, Walden Bridge Capital, Dragonfly Capital and Paradigm. The decentralized governance of the Maker Protocol is so far dominated by American venture capitalists, in particular a16z, dragonfly capital and paradigm hold 11.5 percent of the MakerDAO network’s decision-making power.

And more generally, according to etherscan the top 100 holders collectively own 88.72% (875,967.92 Tokens) of Maker, a figure that shows how little the governance of the project is decentralized. During 2019, this level of concentration of voting power has raised concerns regarding changes in interest rates of the Maker ecosystem. In addition, like many other decentralized projects, participation in the voting of proposals is always quite low, meaning that the project is having difficulty encouraging people to vote.

Finally, a major vulnerability, that questions the reliability of the project, has recently been exposed. Micah Zoltu, a researcher at Coinmonks (a non-profit crypto education organization), recently discovered an exploitable quirk in Maker Dao governance, which could lead to the theft of all collateral pledged in the maker’s smart contract. If a user manages to accumulate a big stack of MKR token (at the moment the amount needed to make an attack is around 80,000 MKR), it could gain control over the Maker contract and steal all the ethers deposited as collateral. A similar attack was recently made on DeFi platform bZx.

Despite the problems highlighted in the previous paragraph, MakerDAO remains the dominant project of decentralized finance that has also favored the expansion of this industry. Considering that MKR is a rather scarce asset, with the continued growth of DeFi, we can assume that DAI will continue to gain popularity throughout the ecosystem. Should the demand and use cases of DAI increase accordingly, the burn rate of MKR will also increase, thereby reducing its offer and increasing its price. Maker’s limits are dictated by the protocol on which it is built, Ethereum. Therefore, Maker’s future is closely related to Ethereum’s success.

Ethereum (ETH) Price Analysis: ETH Rebounds From Triangle Support, Can The Next Run Push Us Higher?

Target for BTC important stay UP