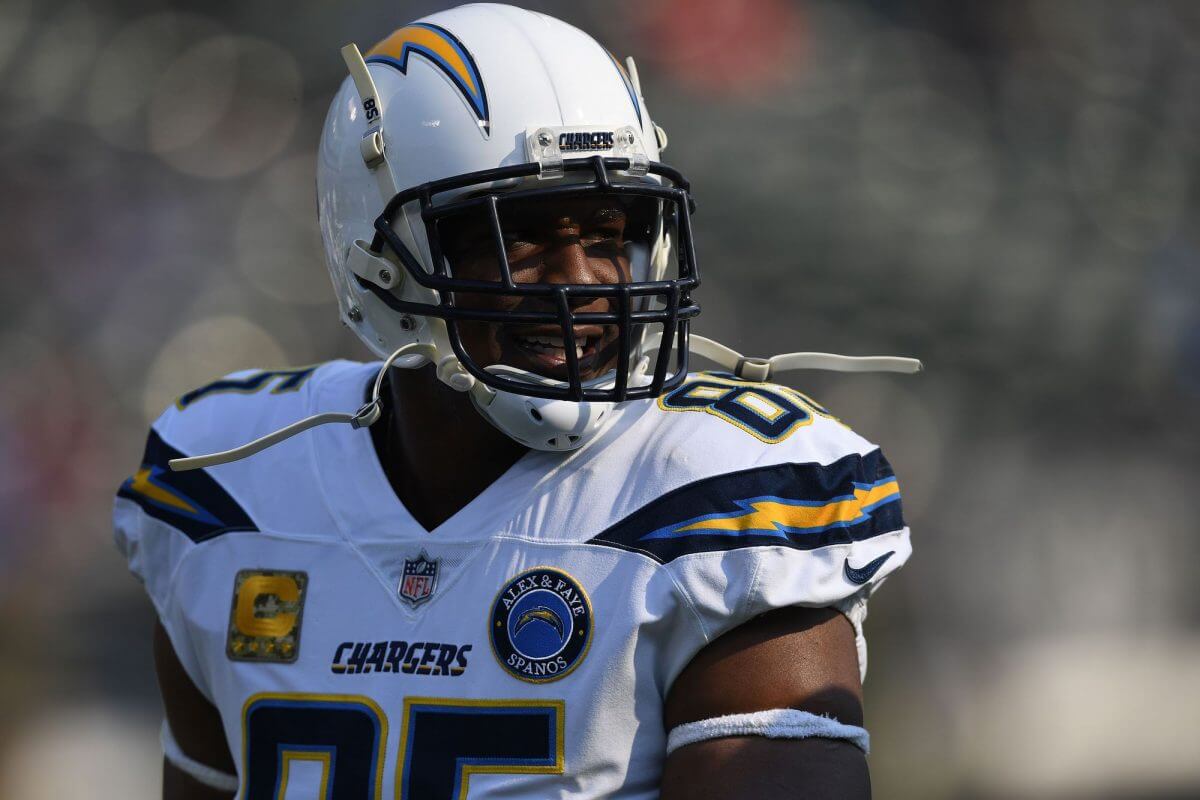 It is always a little sad to see the greats leave the game—and Los Angeles Chargers tight end Antonio Gates certainly qualifies as one of the greats. Tuesday afternoon, he announced that he was retiring from the NFL in a letter on Twitter.

His legacy will not be as just one of the greatest Chargers to ever play. Gates will go down as the guy who revolutionized how coaches approach the tight end position. He was one of, if not the first, college basketball players to make the transition to the NFL.

With how his career worked out for the Chargers, many teams now scour the college basketball ranks every year, hoping to find the next Antonio Gates.

What’s Next For Antonio Gates?

In his retirement letter, Gates mentioned he was going to be taking a position with the Chargers working with community initiatives and public-facing events. The post gives Gates something to focus his energies on immediately upon retirement.

But it will probably be his first stop outside of football; probably not his last.

For someone of his stature, the possibilities are endless. While it’s a smart move by the Chargers to keep him around in some capacity, he could just be biding his time. Certainly, other doors will open up for him.

If community initiatives end up being something he is passionate about, a career in politics could be in the cards.

Several players have moved from the gridiron to the political arena in recent years. Former Indianapolis Colts wide receiver Anthony Gonzalez now serves in the House of Representatives for a district in Ohio. Colin Allred, a former Tennessee Titans linebacker, got his law degree after leaving football and is now a member of the House (Texas, 32nd district).

But Gonzalez and Allred are just two recent examples. Steve Largent, Heath Schuler and Jon Runyan all spent time in Congress after football. If he’s good at it, maybe he can be like former Buffalo Bills great, Jack Kemp. Along with serving in the House, Kemp was Bob Dole’s running mate in the 1996 presidential election.

In recent years, it seems that tight ends have become all the rage. ESPN got Jason Witten to retire and join the Monday Night Football booth. Tony Gonzalez now works for FOX, and Rob Gronkowski has dabbled a bit in broadcasting.

If he’s not sure about broadcasting, he may want to talk to Tony Romo. According to the rumor mill, ESPN wants to make Romo the highest-paid sportscaster ever ($10-14 million) if he takes over the MNF booth.

Why not? After all, he lives in southern California. It wouldn’t be hard for Davis to get started, and he has already been down this road before:

If Hollywood thinks Rob Gronkowski can be an action star, maybe they’ll see the same potential in Antonio Gates.

Disclaimer: The opinions expressed in this article do not necessarily reflect the views of BSJ.com.